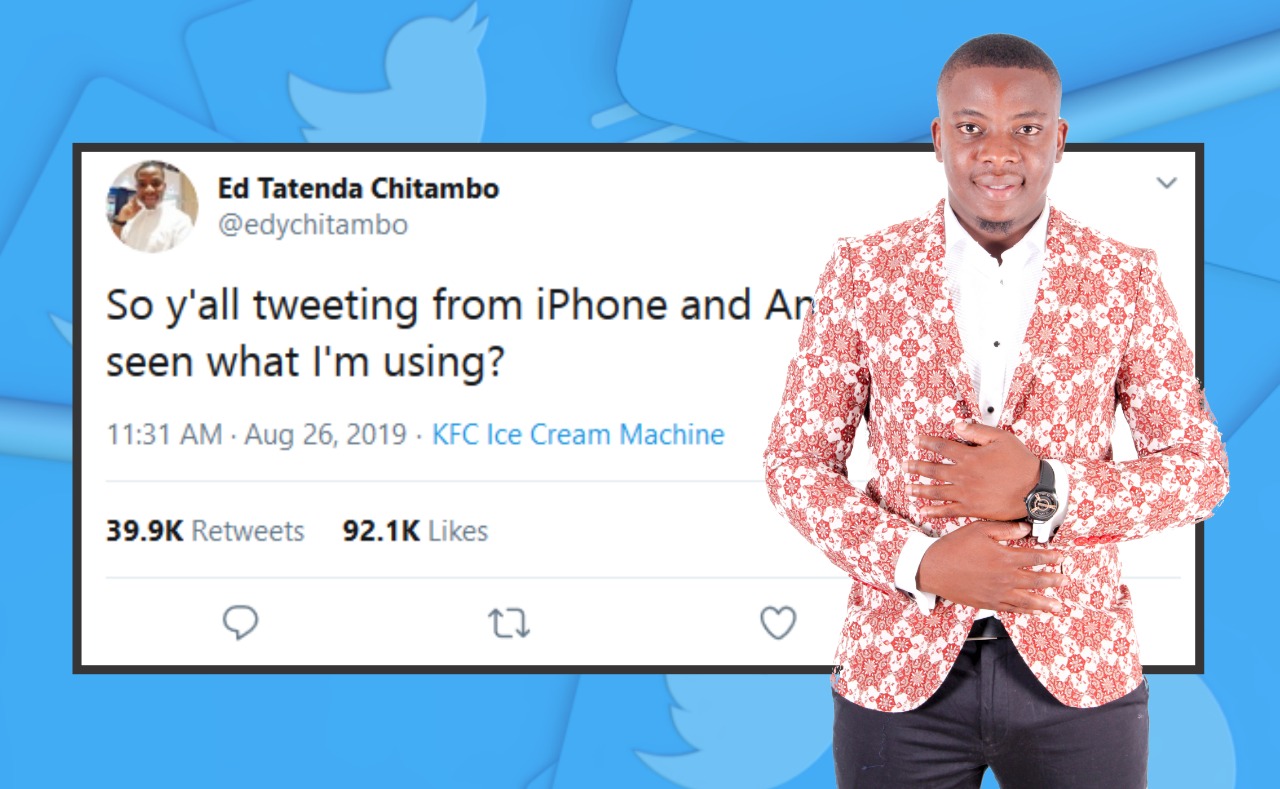 So y'all tweeting from iPhone and Android. Have you seen what I'm using?

This isn’t the first time something Tatenda has done has gone viral. Last year when WhatsApp introduced the stickers feature, he quickly made a sticker pack featuring some Zim icons and that too went viral which suggests this man has the Midas touch.

We reached out to Tatenda to understand how he achieves these feats (that many businesses and individuals constantly fail to).

Techzim (TZ): How do you keep going viral? Initially you did so with the Zim Stickers App last year and now you’ve done it again with this tweet. This is something that many businesses aspire to but fail to achieve on social media. How do you do it?

Tatenda Chitambo (TC) : The secret of going viral is all about creating content with high engagement. I was blessed with a creative mind and every single day I’m always coming up with new ideas and I have tons of ideas I’m still to implement.

The viral tweet took me about two weeks of preparation and even before I tweeted it I knew it was going to blow up because that is the kind of content that draws people’s attention. It’s fair to say the tweet has exceeded my expectations, I thought it was going to get just a couple of thousand likes locally but 100k likes and 5 million impressions in two days is something I never imagined.

TZ: Your mum’s reaction was pretty hilarious, did you manage to convince her just how cool that was or that’s a lost cause?

TC: Lol my mom is savage, she is not someone that gets easily excited but I love her so much because she is my inspiration. First of all it was a hustle trying to explain to her what Twitter is all about and why the tweet was going viral. Then after I told her that despite all the thousands of likes and retweets I wasn’t getting paid from that she was like so what’s the point.

My mom though 😂 but she got a point 😂 pic.twitter.com/VuGLJ1Xndp

I had to explain to her that it’s all about exposure, and I’m happy that I managed to promote Fundisa Children’s Foundation because they are doing a great job in helping disadvantaged kids. And I also promoted my freelance business on the tweet and I got several enquiries from people all over the world from as far as Indonesia asking about my services. So mommy don’t worry we getting paid after all lol.

TZ: Apart from blowing up on the internet, what does Tatenda do?

TC: I’m an IT Specialist based in Dubai, UAE. I specialize in Web & Graphic design with interest in E-commerce. My computer is my best friend and I aspire to reach greater heights in the tech field. When I’m away from computer I’m probably on my phone wearing my AKG earphones listening to Hillsong music.

TC: Lol as a tech enthusiast I appreciate good technology so I love iPhone and I love Android. But because I’m an Android App developer it makes more sense for me to use an Android device. So in short I’m just saying KFC Ice Cream Machine lol.