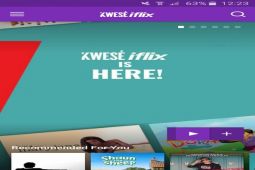 Kwesé-iflix was launched last year as Econet’s counterattack to DStv’s DStv Now service. However, in terms of content Kwesé-iflix is no way near providing a decent competition to DStv Now. But purely on subscription prices, Kwesé-iflix is cheaper than DStv Now.

With the demise of Econet Media, I thought that all Kwesé products and services were closed down. But, no, that’s not the case. According to a reliable source at Econet, Kwesé-iflix is not being dragged in the grave by Econet Media.

I was surprised to hear this because all along I thought all of Econet’s media business were under Econet Media. Well, according to our source, Kwesé-iflix was initially under Econet Media but later on it was moved to another subsidiary that’s why it has survived being closed down.

Still, it’s curious why Econet has not yet close down Kwesé-iflix. Is it that the venture is profitable? Do they see potential for the service to grow? Or the service has been given a grace period such that if it fails to meet expectations it will be closed down? Are they going to close it down in the foreseeable future (not more than 2 months ahead)?