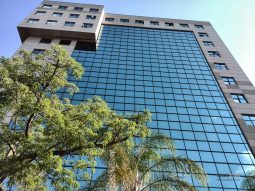 The NSSA forensic audit report which was made public a few weeks ago is making all the headlines. There is a lot in the report that is relevant to Zimbabwe’s tech space and we will break things down over a series of articles. Let’s start with the story of Africom, the army and NSSA.

Starts with an entrepreneur who needed money

Kwanayi Kashangura founded a company most Techzim readers know: Africom. At some point in the journey, Kashangura needed to raise more capital. He approached some of the investment heavyweights in Zimbabwe which of course include the National Social Security Authority (NSSA). This is the poverty machinery agency that collects money from every worker in Zimbabwe and then gives some of them peanuts every month after they retire.

If you have a long memory you may recall that Africom had some dramatic boardroom squabbles in 2011 and 2012 and at some time the founder of the company, Kashangura was booted out. Part of the problem was that an audit report had revealed that Africom had very irregular procurement processes which included buying from companies that were not even registered. Worse, some of the companies they bought from in Zimbabwe and South Africa had been set up by Kashangura himself. We can just say in everyday language, Kashangura was milking Africom.

In 2013 Africom needed some extra millions. They went to Zimbabwe’s all weather banking friend, Afreximbank. Afreximbank gave them USD15.8 million at an interest of 6.5% per annum.

To safeguard themselves, Afreximbank asked for guarantors and Africom turned to their shareholders. On the 7th of November 2013 the board of NSSA agreed to guarantee the loan proportionately to their shareholding in Africom. This made sense of course. NSSA owned just 4.5% equity, why would they be fully exposed to the debt?

Well, the board’s decision was somehow put aside because NSSA ended up being the sole guarantor to the Afreximbank debt. The authority to guarantee the debt was given by the then Minister of Social Services, Nicholas Goche on 4 December 2013 (see it didn’t start with Mupfumira). The Office of the President and Cabinet is reported to have been part of the squeeze on NSSA.

NSSA got a pledge from the Ministry of Defense owned Fernhaven Investments however. Fernhaven pledged Long Chemn Plaza (a shopping mall that we didn’t know actually belonged to the army) to NSSA in the event that Africom defaulted on the loan.

Two years after the Areximbank loan was acquired, on the 21st of September 2015, NSSA received a letter from the Afreximbank lawyers demanding payment of the $15.8 million.

According to the pledge from the army owned company, NSSA should have foreclosed on Long Chen Plaza so as to pay Afreximbank. The army backtracked and would not let NSSA do this. Reports at that time were that the army had pledged the mall without the knowledge of their Chinese partners and the said partners were not having it.

Perhaps NSSA was too afraid of a company owned by literal dudes with guns and so NSSA had to look for a sucker to take over the debt. The sucker is you (if you are Zimbabwean) and I. In January 2018 NSSA offloaded the debt to a special vehicle company set up by the Reserve Bank of Zimbabwe to take over bad debts, ZAMCO.

Sadly this means tax payers took over the burden of servicing a loan that had been acquired by Africom. NSSA and the army each paid just above $300 000 each to cover transfer costs and that was it. Just another day in Zimbabwe…