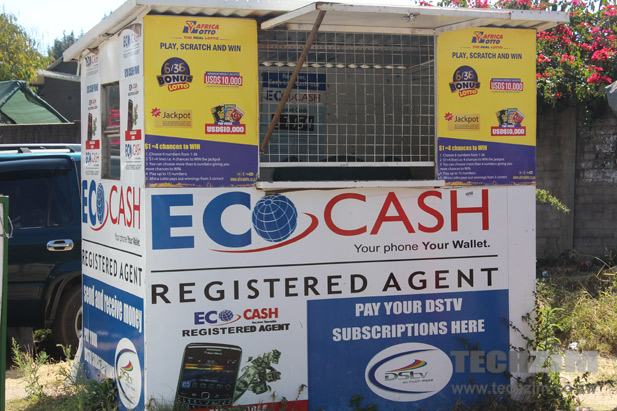 EcoCash agents are now infamous for selling cash (charging higher cash-out rates) to customers. In a way, they are the heartbeat of the currency black market.

We are aware of some of the activities that some of our agents have been participating in and we have been penalizing agents. Within the past three months we have managed to penalize over a thousand agents whom we have closed who have been charging customers fees outside the regulated charges

If there are any customers who have been prejudiced by some of our agents can they kindly advise us and we take corrective action. It is our desire that whatever service that we provide as Ecocash complies with the Reserve Bank of Zimbabwe (RBZ) regulations and if there are any agents, you are welcome to advise us on either 114 or even drop any anonymous notes or visit any of our Ecocash office then we can pick it up.

Now here’s some laudable practical action by EcoCash. When we now see/hear it issuing warning agents not to sell money we know that they mean it.

Commendable as it is (penalizing the agents), EcoCash still has a long way to go to solve this problem as it has well over 50 000 EcoCash agents who they have to monitor and penalize. One can be excused in speculating that all of the agents are in the business of selling cash.

Not a one man task

Surprised
one year ago

This is a lot of hogwash. All ecocash agents are econet employees of friends and relatives. This window dressing shutdown of 1000 lines how many are left and been opened.

Teachers earns $500 and he has to give up 30% of his salary to the ecocash agents and bankers.

One need look at what cars bank tellers are driving to understand the relationship between these bank tellers and ecocash agents.

Bank tellers get cash and sell it to ecocash agents who then onward sell it.

We are going nowhere as long as these vampires continue to suck the blood of the poor hard working man.

Chard
one year ago

ken
one year ago

Its not just agents, go to Mbare and shops down town and try buying using ecocash
Have a hot line to report such individuals and Shops ‘