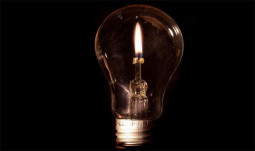 ZESA is finally receiving 400MW from Eskom and their spokesperson has come out and said that this means that Loadshedding can now return to the more palatable Stage 1 with 5-hour powercuts down from the 16 hours Zimbos we fast becoming used to.

The electricity supply situation has improved significantly following interventions by both Government and the line ministry to access power from the region.

I can confirm that we started receiving power from Eskom on Thursday after payment modalities were worked out by both utilities. This power supply situation gives predictability to load-shedding and largely puts all customers in Stage 1 load-shedding. So there is significant relief, but does not eliminate load- shedding

Whilst the initial timetable produced by ZESA promised that Stage 1 Loadshedding would be 5 hours, in actuality, it was more like 8 hours for most people so instead of the 5am-10am promised schedule, Stage 1 ended up being 5am-1pm on most days.

Mr Gwasira also acknowledged that Kariba is producing a measly 277MW dow from its 1050MW capacity:

Our plants are still old and still have a high frequency of break down. Kariba has lost 800MW and Eskom is providing 400MW. There is still a gap of about 400MW which will be managed by load shedding

4 thoughts on “ZESA: Loadshedding Back To Stage 1 But Kariba Producing Less Than 300MW”