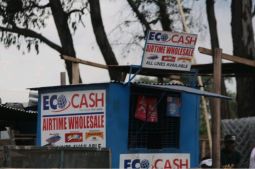 This week EcoCash is making the headlines for all the wrong reasons. A couple of prominent organisations, ZACC and NBC have expressed their criticism on the failure by EcoCash to deal with rogue agents that are putting a premium on cash-out transactions.

Owing to that, EcoCash has released a statement distancing itself from the unscrupulous agent’s practice.

EcoCash advises its customers and the general public that it does not condone any illicit activities by EcoCash Agents.

This is a position we have consistently maintained in previous communication through multiple public media channels.

Any customer charged above the agreed and authorised commission levels should immediately report such practices to Toll-Free line 114, or to our official Social Media Accounts.

In many ways, EcoCash’s statement looks/sounds similar to other statements it has issued in the past. And these statements seem like they have done nothing to deter agents to continue their ‘money-trading business.

Of course, EcoCash faces a difficult task to sanitize it’s agent network and issuing apocalyptic statements to its agents won’t achieve it. But for someone who has watched WhatsApp battling fake news and trying to solve this problem by coming up with different solutions, I think EcoCash has not really done enough to solve the problem of premium cash-out charges by it’s agents.

WhatsApp has gone so far as to crowdsource for solutions and invent new features/functionalities just to solve the problem of fake news on it’s platforms. But I’m not seeing that practical effort by EcoCash to solve this problem which is why I think they can do more that issuing warning statements.