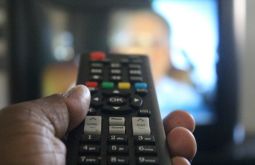 You can hear and watch every kind of news on the TV but what are the odds that you will find out on TV that you’ve been appointed to be a Minister? Zero to naught. Well, Sports Minister, Kirsty Coventry Kirsty Coventry found out about her appointment through TV.

Well, she didn’t personally find out but her friends did. Speaking to the Telegraph, the seven time Olympic winner said:

Kirsty went on to say that she was already aware of the rumour circulating on social media that she will be appointed as a Minister but she didn’t believe it.

I had seen a few things on social media before the announcement and thought it was strange, but the list the president was working off had been leaked. They were in the process of reaching out and talking to people, but when it got leaked I think he felt it was necessary to make the announcement so we had conversations after that.

Also read: Empower Bank Has 47 Employees And 15 Customers, And Kirsty Coventry Is Not Happy