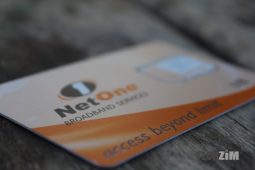 As we continue unpacking Lazarus Muchenje’s interview with Trevor Ncube more interesting tidbits of information continue to come out. The CEO shared that over the past two months they have grown their subscriber base significantly: by 200 000 customers if we’re being exact.

Just in the past two months alone, we have grown our subscriber base by 200 000. Our subscriber base when we started 2018 was only 2 million, so if I was growing at that rate I would’ve grown to 2 million in 20 months which took us 20 years to achieve.

More interestingly, Muchenje also noted that the Average Revenue Per User had gone up and is now higher than that of their competitors;

For a long time, we (Techzim) voiced our concern regarding NetOne’s promotions which were great for customers but ultimately useless for the company as it wasn’t making money from these.

It seems NetOne has finally found a way of moving away from these popularity contest promotions whilst growing their subscriber base and average revenue per user which should be a recipe for success if they can sustain the trend.