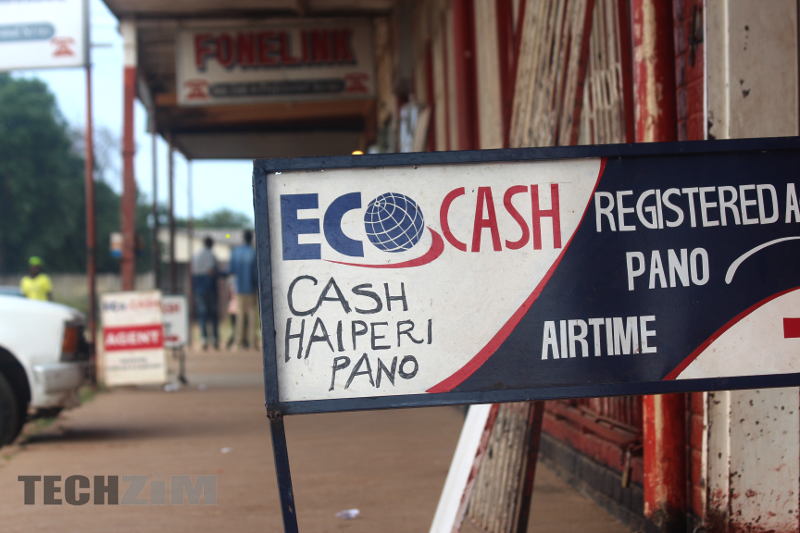 Kutsvaga kweashaya, kutsvaga uta nemugate. That’s a Shona proverb which translates to “The frantic search of someone who has lost something and has no hope of finding it, s/he will look for a hunting bow even in a clay pot.” This is very descriptive of Zimbabwe’s government and central bank.

Everyone else’s fault but the guilty guy

Zimbabwe’s economy and particularly currency has been on a tailspin since 2016 but the craze has been accelerating from October 2018 to date and it ain’t getting better. In a fashion that reminds one of George Owel’s 1984, the Minister of Finance Mthuli Ncube prefers to plot graphs and tell us that things are actually better today than they were yesterday. He is attempting to convince our bellies that what they feel is not hunger using graphs that we don’t always understand.

His colleague at the helm of the Reserve Bank of Zimbabwe just pretends (convincingly) to be clueless to the goings on. The blame always lies with someone else and not the RBZ or the government. The recent villain has been EcoCash and its agents. According to the authorities, these guys are the reason why prices are going up and why Zimbabweans just can’t catch a break. Even the anti corruption commission weighed in against EcoCash and its agents. Ridiculous is what this is.

Today the central bank has issued a directive (another one) banning mobile money cash-in and cash-out with immediate effect. They say this is because there has been abuse of this facility to sell cash and distort markets. Is this true? Yes it’s true that mobile money agents are selling cash but the fact is they are taking advantage of an arbitrage opportunity and not inventing that opportunity themselves.

Arbitrage opportunities were created by the RBZ and the government. Most people including Strive Masiyiwa who agree with my statement here think that the government is responsible for this problem because of the shortage of cash that has plagued the country for two years now. This is true but I don’t think it is the bigger root.

The bigger problem is that the government and the RBZ cannot and must not be trusted. As such, money that is held in a bank account or mobile money wallet is less valuable than cash you hold even if that cash is just bond notes. Why? Money in an account is subject to the whims and dictates of these two institutions that are always changing goal posts.

When there is such uncertainty, the market responds and in this case the market is responding by placing less value on banked money. Reason? How you can use that money or if you can at all is subject to Mangudya’s mood.

A merchant will charge you more for paying into their bank account if they can because of the risk associated with Mangudya’s mood. Every decision made by Ncube and Mangudya has confirmed the market’s opinion. Ncube introduced a punitive 2% tax on electronic transactions which actually confirms that electronic money is less equal to cash. The 2% in itself is a good enough reason for a merchant to sell goods at a higher price if payment is not in cash.

The governemnt and central bank has changed posts countless times just confirming the market skepticism for funds that can be controlled by these goons. Banning of cash-in and cash-out itself is fulfillment of the market’s prophesy that if you have money in EcoCash it can be restricted at any time and thus it is worth less (or is it worthless).

Why EcoCash and not banks?

Someone may say my reasoning is flawed because there are no premiums charged when someone withdraws from the bank as there are when one does so via EcoCash. Well, EcoCash is a distributed network unlike the banking sector which is a handful of less than 20 institutions who are under the direct control of John Mangudya.

If banks could, they would charge you ridiculous amounts for transferring money from another bank to theirs and charge you less when you give them cash. However, EcoCash agents are closer to the real market where real value is determined by forces far greater than you and I nor Mangudya. Banks adhere to Mthuli Ncube’s graphs. You and I together with EcoCash agents dance to the beat of the hunger drum in our bellies.

How things will get worse

Restricting mobile money usage like what the RBZ has done is disastrous to small businesses. There is still not much cash lying around in the market. The only way small businesses can accept payment in EcoiCash is by actually increasing the premiums they place on stuff bought using EcoCash. They will find a way to get their money out of EcoCash or they will be forced to keep it there and only transact with someone else who will accept EcoCash. All this will cost money. A new industry will form of people who will solve the problem of getting money out of EcoCash and high fees will be charged.

The second thing that will go wrong is that EcoCash will actually become more entrenched as a currency in its own right. There will be no more movement of value out of EcoCash into other parallel channels and vice versa. Now, EcoCash is more dominant as a payments platform when it comes to consumer payments and peer to peer transactions. This may then cause the use of EcoCash exclusively with the platform becoming much stronger over time.

As long as the RBZ and the ED government is in denial and merely focused on witch hunts and looking for villains instead of confronting themselves, they will continue to make things worse for small businesses, big businesses and all of us.

In other words desperation.

vy
one year ago

I should have used that proverb!

Interest
one year ago

When you go to the rural areas though you will realise that the story is very different. Even EcoCash is sometimes rejected but it is now getting acceptance there. Imagine banks.

Brahms
one year ago

Why don’t you just report the news as it is and leave us the readers to analyze the news and come up with our own analysis and conclusions.

Techzim write with an opinion, that is at the core of what we do.

Man don’t worry about those zanu bootlicker s….your opinion is actually the reality of the matter. It’s the very truth tht these croonies doesn’t want the masses to know. You nailed it and only a third degree fool will disagree wt you.

Rue
one year ago

tonderai
one year ago

Eddie
one year ago

Even your Herald has an opinion section 🤦🏽‍♂️

What is going to happen to the cash in those Agents line?Will we be allowed to transfer it back to our bank accounts?

A stupid form of journalism. Imposing your opinion on readers

Go read your old newspapers in your toilet. You imbecile. Leave techzim alone.

What would you rather have opinion that is not hidden but presented as such or what you are made to believe is facts and yet is misrepresentation.

BTW I am not a journalist and I don’t pretend to be. I might be stupid though, that can only be judged by others

Who imposed what on who…. If it’s an opinion then you are imposing yours on readers too bcz no one has been forced to take it

Lightfoot
one year ago

Its so pathetic wht gvtmnt is going ndokuzvisikira moto muziso no cash in and out it means no more ecocash facility. Ecocash contributed more thn 90% of total transactions per day.hence banning it thus creating catastrophic havoc…

Ba 5
one year ago

People didn’t have any chance at, if money was available in the bamks no one would go to the black market for cash. The major use of cash is for transport and to buy some basics which are not readly available. Now my question is are we going to have cash in the banks and is Mangundya going to increase the maximum withdrawals

So if one is only able to use a bank card and bank transaction to obtain a mear 30.bonk per week.what of transport woes.we all have kids.domestic workers.in fact all of us commute so now see the delema.we walk with empty tummies.and if one has no bank account then absolute doom.it’s ridiculous.they keep making new rules almost daily without thought of the mass population in struggle.why not also let us use banks rtgs.for transport issues via ticket systems through ministry of transport as this is one area where huge sums of cash is abbundant which finds its way into black market deals and ministers caches.

You did not explain clearly what is to cash in and to cash out. Does it refer to the interconversion between bond notes and ecocash. So, with the ban, how do we put money into ecocash now?

Yes that’s what it means.

Mike
one year ago

Who is RBZ fighting now, parallel market of Ecocash ? If Telecash was cashing in same as ecocash ,what would have been the decision.

If you are a medical doctor of malpractice was leading to an increase deaths leading to blooming funeral business, what would the Ministry of Health do?

joyce kaseke
one year ago

we shall see wonders 2019. God is watching

shope foromani
one year ago

we are in serious man-made crisis

RURU
one year ago

Its sad that the RBZ says the destabilization is being caused by the whole cash-in cash-out system. the real cause of the cash crisis is the RBZ and bank managers who put all the cash into the street and none into the bank. if you go to the bank you are given $20 in coins, if you get it but the money changer on the street has crisp new $5 bond notes in sequential order. where do they get it if not from the RBZ? People need to think and assign blame where it belongs.

Having money in Banks and increasing the maximum cash withdrawal is not the solution because once withdrawn from the Bank money is not finding its way back why because of trust issues referred to by the writer. Gone are the days when you entered a Bank to find the deposits ONLY teller busy with a queue of trunk-loads of cash. It is a vicious circle because as long as money is not meeting its key characteristics that of durability,portability, divisibility, uniformity, limited supply, acceptability it ceases to be money. In Zimbabwe money has assumed a 7th characteristic that of saleability and the moment that happens, it creates arbitrage where u can buy money at say 5% markup and put in your margin of say 15% and sell it at 20%. You cant blame those taking advantage of the arbitrage situation created because with 98% unemployment that has become their source of livelihood. The solution is political dialogue between the main political actors