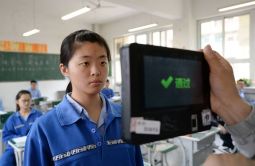 China is very particular about its online security which is evident by restrictions such as blocking access to Google and WhatsApp. As if that ain’t enough to police its citizens, the Chinese government will now require facial ID (identification) to access the internet.

The Chinese government notified all the Chinese telecom service providers of the new law start to take effect from 1 December, this year. When the law will be in effect, Chinese citizens who want to have the internet installed at their houses or on their smartphones will be required to undergo a facial recognition process as a kind of authentication. Without undergoing this process, Chinese citizens won’t be able to access the internet.

This step is being taken by the Chinese government as part of its effort to develop a social credit system which rewards and penalises students for breaking laws both on the online and the offline world as well. Essentially, The chinese government wants to monitor its citizens using facial ID data.

As creepy as it sounds, the good thing that will come out of the collected facial ID is that it will make payments easier for the Chinese people. By just staring at a given screen, a Chinese would make a payment with their face. Right now, China is running program that require its people to pay for trains through facial biometrics. In one region senior citizens get free rides if they pay using facial recognition technology.

However, the cost of losing freedom of speech and expression when one is monitored with the facial recognition software is invaluable.

China is about to merge more than 170 million security cameras with artificial intelligence and facial recognition technology so as to keep mega-surveillance over the country. Currently, the majority of places in China are under surveillance like its classrooms, city areas, toilets, etc. In fact, if anyone wants to use a public toilet in China, they have to scan their face.

Hold on, it gets even crazier. The Global Times reports that Chinese scientists have developed a 500 Megapixel camera, based on AI (Artificial Intelligence) to capture the panoramic view of the whole stadium at once with even the minute details of an individual. When it comes to the money spent, China had spent $10 billion  surveillance equipment in the year 2018, according to a report by research firm, IDC.