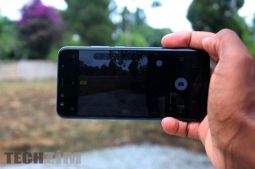 Avast recently conducted a survey which examined 3 billion photos across 45 countries to find out the quality of photos people have in their phones. The survey revealed that the average person stores 952 photos in their phone of which 22 % or approximately 1 in 5 photos taken by Android devices are of poor quality. Avast defines a poor quality photo as one that is “blurry, poorly lit, oversaturated and completely dark”.

To arrive at 22%, Avast added 16% of photos it considered duplicates and 6% of photos that were blurry and completely dark. The study didn’t go so far as to say what causes Android phones or users to take these poor quality photos. Avast says the motivation of the survey was to let people know that unusable photos were just laying in their phone whilst wasting phones’ storage.

In Japan, almost a third of smartphone user’s storage space is wasted because of dark, blurred or duplicate snaps, and in the UK, consumers waste almost a quarter of their hard drive space.

The research also found that women take 24% more photographs than men do, with an average of 200 more photos stored on their device and 1,053 photos in total on their camera gallery, compared to an average of 851 for men.

Also read: How To Send Photos In WhatsApp Without Losing Their Quality