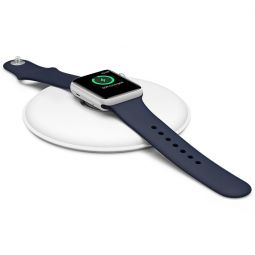 The ‘fall detection’ feature of Apple Watch has saved yet another life. This time, Apple’s wearable called emergency services when a young couple in the U.S fell over a steep cliff while hiking.

Last week, James Prudenciano and his date were hiking in a park in New Jersey. After the sunset, James had difficulties to see in the woods. They decided to slide down the cliff but soon realised there was nothing below. James fell into the river in the Hartshorne Woods Park and landed on a rock. As he explained to News12:

I was screaming that I’m going to die because I really felt I was going to die. There was no way out of this for me

As James was wearing an Apple Watch, it detected a hard fall and called 911. Jame’s mother received three text messages that her son was going through an emergency. They were rescued from the river by boat and transported to a medical center for treatment.

Apple’s ‘fall detection feature’ detects a sudden fall and calls emergency services if the person doesn’t dismiss the alert within one minute of falling. Apple Watch Series 4 and later versions have this built-in ‘fall detection’ feature.

If the user has already filled the emergency contact, Apple Watch will send a text message with a map of watch’s location of the sudden fall. That’s exactly what happened when James fell and landed on a rock. The feature is automatically enabled for users aged over 65.

This is certainly an excellent example of how tech can be an indispensable part of our lives, especially when it comes to unconventional ways of saving lives in situations that seem dire. In September, Apple ‘fall detection’ feature saved a man’s life when he met an accident and fell from his bike. His son wrote a message on Facebook thanking Apple Watch for the prompt action.

One thought on “Apple Watch Saves A Man’s Life”