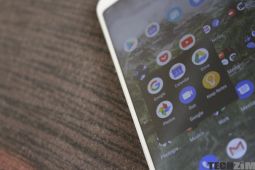 Cure53 researchers discovered that an Android app that was released by the Chinese Communist Party to push its propaganda is basically spyware. Called “Study the Great Nation”, this app is so popular in China such that at least 100 million people have downloaded it from China’s Google Playstore. The app is only available in China so don’t fret you won’t bump into it on Google Playstore if you live outside China.

The app comes with a convenient backdoor for the government to spy on its people. The information that can be gathered through the backdoor includes messages, photos, contacts, and Internet browsing history.

It is important to clarify that there is no evidence of the Chinese government actually gathering information, but the backdoor is there, and they could be exploiting it. The researchers have figured out that the app has questionable security practices. They say Study the Great Nation” isn’t asking for any permissions, but instead it’s unilaterally giving itself permissions on one’s phones. This could be due to mistakes or done on purpose.

Besides stealing data, a remote operator can very easily track the device’s location, activate the microphone and record audio, call a number, and switch on the camera app. All of this is taking place without the user realizing it.

That said, even if these people learn about the true nature of the app, it is unlikely that they will be allowed to remove it from their phones. To ensure that the “Study the Great Nation” app finds its place inside the devices of millions of Chinese citizens, it was backed by multiple social media campaigns when it launched. It was also promoted on popular platforms like WeChat and Weibo. According to additional reports, workplaces that are controlled or owned by people who are members of the Chinese Communist Party have made the installation of the application mandatory for all employees.

Also read: Chinese Citizens Will Soon Have To Scan Their Faces To Access The Internet