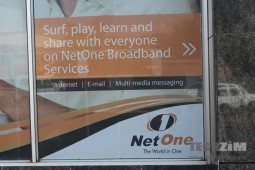 The government may have just messed up Netone’s chance to better it’s infrastructure after it pulled a stunt on the Chinese creditors. According to a report by the Independent, government inexplicably withdrew US $10 million from an escrow account that held money for the expansion of Robert Mugabe Airport. According to one official who spoke to The Independent:

Basically what happened is that the RBZ raided the escrow account for the Airport project and that move destroyed confidence and trust. There have been negotiations for the money to be returned but the government is not being honourable enough.

The Chinese were patient, but this happened at the beginning of the year and they have now run out of patience. Chinese financial institutions have taken the decision to cease funding the three projects.

As a result of this breach of contract, a host of Chinese creditors have suspended US $1.3 billion worth of projects in some kind of retaliation. Among those US $1.3 billion projects was a US $71 million project for Netone. The second largest telecoms operators wanted to widen it’s coverage and upgrade its existing base stations with that money but now that will be put on hold.

We are talking and we will soon receive a purse of $71 million. The funds will be put in the construction and upgrading of base stations around the country.

Netone’s CEO, Lazarus Muchenje talking about the loa in May this Year

The suspension of funding is a significant setback for Netone which has been enjoying a positive trajectory. Making its service available to many people and improving the user experience would have doubtlessly kept Netone on this positive trajectory judging by how it performed in 2018.

The Independent’s report goes on to say that Chinese creditors complained to the government over its dishonourable act. But the complaints fell on deaf ears as the government never returned the money.

Despite negotiations and complaints from the Chinese company and complaints by Chinese Embassy officials, authorities revealed the government has not returned the US dollars, infuriating China Eximbank and Chinese officials.

Also read: OneMoney To Overtake EcoCash In 2 Years. Is It Possible?