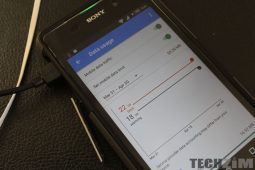 Internet data is now more affordable in Zimbabwe based on people’s monthly average incomes, according to a new research by Alliance for Affordable Internet (AAI). AAI’s study found out that data in Zimbabwe has become more affordable because the average salaries of Zimbabweans increased last year.

How AAI came up with those findings

First of all, AAI picks and uses information of the largest Mobile Network Operator in a country. In this case, AAI used Econet’s information. After that, AAI looks at the cheapest way one can get 1GB data of Econet’s internet data with at least a month’s validity. In this case, AAI says that when they carried out their research in 2018, the cheapest way to get 1GB data was by buying 50MB per day bundles which cost $0.50 last year.

And finally, AAI takes a look at the amount of money one pulls out of their monthly income to buy 1GB data. This done to determine what percentage of salary would one use to buy 1GB data. In this case, to buy 1GB data used to cost 19.8% of a person’s salary in Zimbabwe in 2017 but in 2018, 1GB cost decreased to 10.1%. It is from this considerations that AAI discovered that data in Zimbabwe is now more affordable.

Zimbabwe’s African counterparts such as Botswana, Namibia and Nigeria enjoy affordable data as they only have to spend 1.37%, 1.96% and 1.70%, respectively, of their monthly income on 1GB of data.