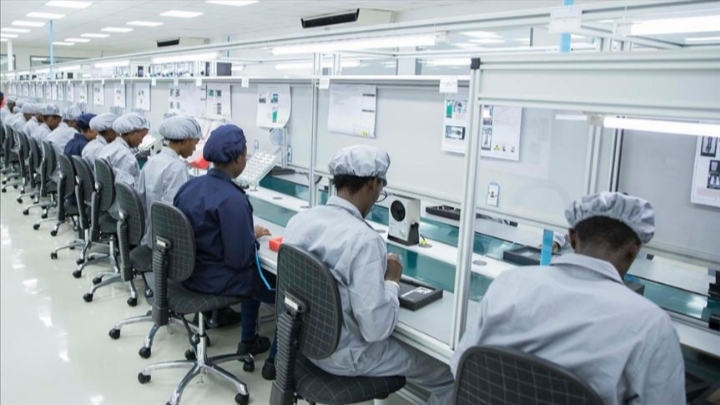 Rwanda has done it again.Yesterday, the country launched the first smartphone manufacturing factory in Africa for Mara phones. Mara’s smartphone factory is expected to produce 2 million phones per year which will compete with budget phones from the likes of Samsung and Tecno. Speaking at the launch, CEO Ashish Thakkar, said:

We realised a few years ago that to create positive social impact on our continent and in emerging markets we need to have high quality and affordable smartphones. That’s when we came up with Mara Phones.

For clarity sake- this is not an assembly plant but a manufacturing plant, Countries like Egypt and South Africa only have assembly plants where they just put together components made outside their countries. But Mara’s smartphone factory is literally a manufacturing plant that will actually make a majority of the components in Rwanda that will eventually make up Mara phones. Mara’s CEO went on to say:

What we have around Africa are basically mobile phone assembling plants. What we have built is Africa’s first smartphone manufacturing plant.

By doing most of the stuff in just one place, Mara CEO is expecting that it will reduce the price of it’s two models, Mara X and Mara Z that are currently going for $130 and $190 respectively- thereby increasing the brand’s uptake in Rwanda.

That trend is bound to increase in the years to come as more and more services migrate to digital platforms. We want to enable many more Rwandans to use smartphones. The cost and quality is very important and the introduction of Mara Phones will put smartphone ownership within reach of more Rwandans.”

To a greater extent, Mara’s are just as good as Samsung’s budget phones because they both run on Android so customers can easily switch from one brand to another without fear of losing some features. In case customers still can’t afford Mara’s phone prices, then the agreement between Mara and local financial institutions which allows customers to buy in instalments, will come in handy.

The firm is seeking to sell its products beyond the local market. Ashish Thakkar said that their aim is to maintain the highest standards, and are targeting regional and continental market. Already, the firm is in talks with partners in countries such as Angola, Kenya, and DR Congo to export their products there.

Also read: Rwanda Opens Its First Public Coding School. Here Is Something Worth Copying For Our Government