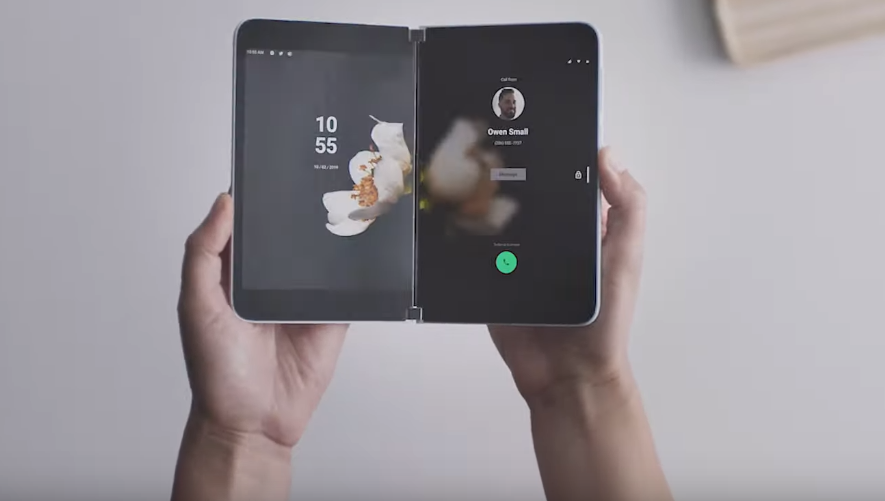 Foldables are definitely a thing that. If Huawei’s Mate & Samsung’s Galaxy Fold weren’t enough to convince you that this is the future that manufacturers are heading towards, Microsoft’s two new foldables might just do that.

In this day and age to be able to announce two new products without leaked renders or an audience that already knows what you’re going to announce is a feat and Microsoft managed to do just that.

The Surface Duo is the foldable phone (though Microsoft doesn’t seem to be referring to it as such internally) which Microsoft will be releasing next year. It will run on Android and features two 5.6 inch displays separated by a 360-degree hinge.

The device (even when folded) is much bigger than what we’re currently used to handling but Microsoft says the device is focused more on productivity which I hope means Microsoft’s Office suite of apps will have some custom features that aren’t available on “normal” smartphones.

Years ago, a rumour started flying around that Microsoft was working on a dual-screen device but at this point, it felt like one of those devices that never materialises. Well, the Surface Neo has materialised and its got two screens like the Duo each at 9 inches and the hinge will enable different form factors (a laptop, a tablet, e-reader etc). The device will be compatible with the new surface pen.

There’s also a Bluetooth keyboard which means you don’t have to type on the screen – which 9 out of 10 times is a catastrophic experience if you’re on a laptop/tablet. The tablet also seems to sit flush with the back of the device with the keys facing inwards which means there’s no interaction with the keyboard when it isn’t in use – another welcome design touch.

Interestingly the Neo will come with a new version of Windows 10 titled Windows 10x. Not much was shared regarding how this will differ between the Windows 10 you and I are currently using.

Considering that both the Neo and Duo won’t be out until Late 2020, Microsoft has said some aspects of the devices could change from what they’ve shown right now once the release window is upon us.