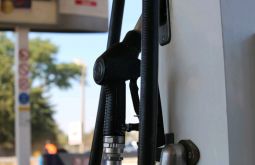 Ezfuel is a new app in town that makes it possible for people all over the world to purchase fuel for friends and family back in Zimbabwe. So instead of asking your beloved uncle in the UK or Sweden to send money to buy fuel, he can simply download Ezfuel, purchase fuel for you and you visit a service station with your car to fill up its tank. Simple isn’t it?

How it works-Purchasing and redeeming the fuel

For starters, both the person who purchases fuel and the one who gets it must download the Ezfuel app. The app is available on Google Play Store for Android users and on Apple Appstore for iOS users. When someone buys fuel for you with Ezfuel, you will receive an app notification telling you the amount of litres due to you, which you can redeem at selected fuel stations in Zimbabwe. Ezfuel says list of fuel stations where their app is accepted is growing so probably that fuel station close to your house will be start to accept Ezfuel.

When you approach the fuel attend, you only have to log into Ezfuel, select the amount of litres you want and the app will generate a QR code that a fuel attended will scan before filling up your tank.

As you’ve just seen (read), Ezfuel is essentially for people outside of Zimbabwe to buy fuel for folks in Zimbabwe so I’m sure you won’t be surprised to know that you can only buy the fuel through the app with foreign currency.

Will you get first preference at service stations if you are using Ezfuel?

Yes, you will be prioritized ahead of other people who pay in Zim Dollars, according to Ezfuel. That means you won’t have to join the long winding queue.

This is the easy way for anyone in Zimbabwe to ensure they are not caught in fuel queues and can obtain both petrol and diesel on demand.

By Ezfuel on Google Playstore

Since the people who use Ezfuel are racking up the much-need forex for the service stations, it stands to reason that Ezfuel users will be served first. This prioritization will in turn, attract a niche which would rather pay extra (with the Ezfuel app) just to avoid the inconvenience of lining up in a queue for over an hour when they are paying using Zim dollars.

Can you buy fuel with Ezfuel whilst in Zimbabwe?

In case you want to buy your own fuel instead of your brother in the UK to buy it for you, you can just “Top up” with Ezfuel using a local USD-prefunded debit card.

There’s an additional feature in the app that allows one to “Send fuel” to another person who uses/has the app. Instead of sending someone money to buy fuel, you can simply send them fuel and avoid incurring transaction fees for sending money.

Download Ezfuel for Android here and for iOS (iPhone and iPad) here.

Also read: How To Find Fuel With YoMix App