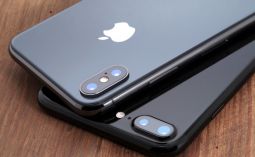 When you are a company as big as Apple, you can be sued for a number of things, some of which are downright outrageous. In Russia, an incident like this is playing out as the company has been sued by a man for turning him gay.

A Russian man in his lawsuit claims that an iPhone app turned him gay and has sued Apple for one million rubles ($15,000). The Russian man had ordered Bitcoin using an iPhone app but GayCoin cryptocurrency was delivered to him. It arrived with a note saying “Don’t judge until you try,” and that’s the root cause of the issue. The plaintiff said:

I thought, in truth, how can I judge something without trying? I decided to try same-sex relationships.

Now I have a boyfriend and I do not know how to explain this to my parents … my life has been changed for the worse and will never become normal again.

Apple pushed me towards homosexuality through manipulation. The changes have caused me moral and mental harm.

The Russian man’s lawyer Sapizhat Gusnieva claimed the issue was “serious” because his client has suffered a lot and was scared. He also said that Apple “has a responsibility for their programmes.”

The lawsuit against Apple was filed on September 20th and the plaintiff hearing will take place on October 17.

3 thoughts on “Apple Sued For Turning Man To Be Gay”