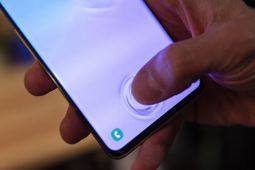 The Samsung Galaxy S10 fingerprint problem may be a lot worse than we initially anticipated, as banks are starting to blacklist the device. The story started last week, when some users reported that their ultrasonic fingerprint sensor would unlock the device no matter what finger was used due to a $3 screen protector. The problem affected the Galaxy S10 series, as well as the Note 10 devices.

Samsung acknowledged the problem and attributed it to the silicone material of the screen protectors which act as a kind of universal fingerprint for the sensor’s ultrasonic waves. The official advice to its customers was to remove the protector and register a new fingerprint without it. Samsung promised a software update yo fix this and ultimately to start using silicone screen protectors.

In spite of this, some banks in the U.S are starting to blacklist Samsung Galaxy and Note 10 owners, as they consider the security of the biometrics system in the devices way too poor to be trustworthy. One bank, NatWest has removed the S10 from the list of supported devices on it’s banking app, while another bank, Nationwide Building Society has confirmed that the fingerprint log-in functionality on Samsung S10s has been disabled on its app.

Good morning Robert, We've removed the app from the Play Store for customers with Samsung S10 devices. This is due to reports that there are security concerns regarding these devices. We hope to have our app available again shortly once the issue has been resolved. SY

Samsung could have done a better quality assurance job here, especially when it comes to the pinnacle of its product range. Then again, this is the company that released Galaxy Fold without testing it properly first, so they have screwed up more than once this year.