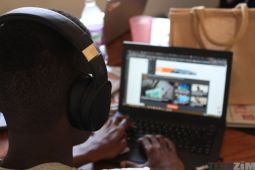 As much as Google is a success, their music and video services have been train smashes. Google Play Music will be getting discontinued and replaced by YouTube Music as the preinstalled music player on Android devices with Android 10 and higher.

It’s a pretty interesting move since Google is replacing one uninspiring application with another that’s also uninspiring and can’t compete with the likes of Apple Music and Spotify.

One of the biggest constraints of YouTube Music is that it doesn’t allow free users to play their music whilst the app is in the background – something its competitors allow.

This lacklustre user experience is probably YT Music’s biggest barrier to entry as users have an inferior experience during the trial that just leads them to competitors. In some ways, I would argue that Google Play Music was actually better in terms of user experience than YouTube Music but Google had to keep one instead of having two services under different names but functionally similar.

Google’s multiple failed service also serve as good enough proof that owning a platform and preinstalling a service isn’t a guarantee of success. Multiple Google Apps have seen an early grave and whilst that’s not the case with Play Music ultimately it was a failure.