Zimbabwe Mobile Money Vs Other Countries 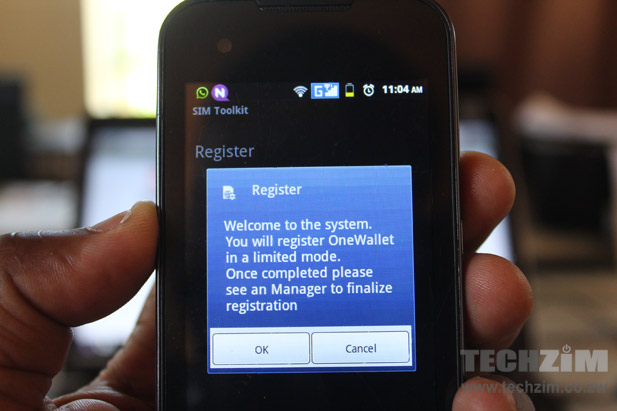 In 2018 alone, USD 40 billion passed through people’s phones and more than half of that money was passed through phones in Africa. Those stats tell a story of the growing role of mobile money in our lives. In Zimbabwe’s case, the persistent cash shortages continue to hammer home the fact that “mobile money is a necessity in Zimbabwe”. But even countries that are not experiencing cash crisis like Uganda or Kenya, they are increasingly relying on mobile money.

Two things are certain in life: death and Taxes. No doubt that revenue collected from taxation is needful as it is used to finance public goods. However, sometimes it can stifle the growth of certain economic activities or economic sectors if they are too much or prematurely introduced. The mobile money sector is one such sector that some few governments have targeted as a revenue collection center for taxes. According to a GSMA report, the introduction of taxes in the mobile money sectors of Kenya, Uganda & Gabon has raised concern across the world.

Kenya, the cradle of mobile money, charges 10% on mobile money transactions-the same goes for Tanzania. Uganda was once in the same league of Kenya and Tanzania of charging all transactions 10% tax but later resorted to just charging 1% tax on receiving, withdrawal and making payments on mobile money platforms.

Although in Zimbabwe we don’t have a specific tax for mobile money transactions as in the case of Kenya, Uganda and Tanzania, the controversial 2% tax (IMTT) is loosely a mobile money tax in itself. As ugly as the IMTT tax is, one can see that it is not as bad as the kinds of mobile money taxes you find in Uganda and the likes. The IMTT is only levied when one sends money on mobile money platforms and not on receiving and cashing-out. Whereas with Kenya or Uganda, just merely receiving money or cashing-out is something one gets taxed for.

Whatever form the mobile money taxes are, high or low, many or few, they can push existing or prospective mobile money users to use cash which is not ideal in the pursuance of financial inclusion. For mobile money providers, “excessive taxes undermines prospective investment into mobile money, at a time when mobile operators already face considerable cost pressures to enhance service quality, expand networks and meet new regulatory requirements”.

Much of the conversation that concerns sharing has only been in regards to sharing infrastructure and not sharing mobile money platforms in Zimbabwe. Mobile money users in Zimbabwe have for some time been longing for interoperability of their mobile wallets but to no avail. Right now cross-network mobile money transactions are valued at just ZWL $123 525 (just above USD 6 000) but that could be bettered if local MNOs integrate their USSD platforms just like what happened in Uganda and many other countries. Econet, Netone and Telecel forget that they also stand to benefit from interoperability in the form of interchange fees of crossnetwork transactions.

Operators need to develop a better understanding between themselves to drive interoperability. For example, in Tanzania and Madagascar, operators are committed to interoperability based on mutually beneficial revenue sharing agreement. In the absence of revenue-sharing, MNOs can just benefit from fees of cross-network transactions.

KYC is touted as integral for the expansion of mobile money services, as per GSMA report. If the KYC process of opening mobile money accounts is complex and time-consuming then people will be tempted to revert to cash. In Zimbabwe, opening a mobile account can be done simultaneously when one gets a new a SIM Card- upon which they would have produced a national ID or passport. But countries like Kenya and India are past that phase. To open a mobile money account in Kenya, an MNO performs an e-KYC to verify the identity of a user. Essentially, e-KYC is all about MNOs accessing a government’s National electronic ID system to verify customer’s identities. A study by the World bank found out that e-KYC reduces the average cost of verifying customers’ identities from $15 to $0.50. As local MNOs continue to expand mobile money accounts, keeping customer acquisition costs down is critical and e-KYC is one of those instruments to do that. MNOs would have to lobby the RBZ and POTRAZ and, in turn, they would have to lobby the government to introduce e-KYC.

GSMA has what it calls the Regulatory index which ranks countries based on the extent to which their regulatory framework enables widespread mobile money adoption. The Index provides regulators and other stakeholders with insights into improving their regulatory environment and ultimately expanding mobile money services.

The scores of Regulatory Index range between 0 and 100, “with a higher score associated with more enabling regulation”. While there isn’t any benchmark score a country should achieve have to increase mobile money adoption, Zimbabwe scores decently. If you take a look at the Regulatory index here, you will find out that most countries’ scores are between 70 and 80 and Zimbabwe is in that category with its 74.78 score. Zimbabwe’s regulatory framework is better than Kenya’s 72.24 and Uganda’s 72.5, who are the top two countries in Africa that have the highest percentage of adults with mobile money accounts in Africa. However the likes of Zambia with 84.69 and Ghana with 85.51 better Zimbabwe’s score

Interest
one year ago

You just have have zanu an excuse to raise the 2%. Please delete