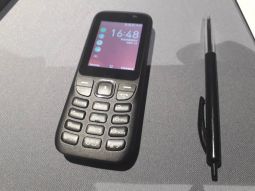 The feature phone is a product of a partnership between 4 companies which are Vodacom, KaiOS, Azumi and Mediatek. Vodacom provided the market, KaiOS provided the software, Azumi manufactured the hardware and Mediatek came in with its chipset.

Smart Kitochi is priced at $20 and supports a host of apps such as WhatsApp, YouTube, Facebook and several Google apps. The phone supports 3G and 4G/LTE and also has WiFi and Hotspot functionalities. Other features of the Smart Kitochi are:

Smart Kitochi will be initially made available in Tanzania and then it will be made available to other African countries in the coming weeks. The fact that Smart Kitochi supports WhatsApp is a drawcard that will significantly influence its uptake since app is arguably the most used communication tool in Africa.