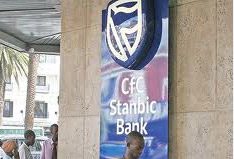 Low-cost bank accounts (lite accounts) have been a thing in Zimbabwe for some time since the Reserve Bank of Zimbabwe launched its National Financial Inclusion Strategy. But, surprisingly, it was only last week when Stanbic bank unveiled its own lite account dubbed BluEase. Stanbic Bank’s head of personal and business banking, Patson Mahatchi said:

Like other lite accounts, BluEase can be opened by simply producing your National ID at Stanbic and you will walk out with your debit card. This is quite different from opening a non-lite accounts as you’d have to produce a couple of things like your source of income and proof of residence. The easiness with which one can open BluEase or any other low-cost bank account makes it attractive to many people especially those in the informal sector who don’t have traceable sources of income.

However, as with other lite accounts, BlueEase has lower monthly and daily transaction limits relative to non-lite accounts. Also BluEase account holders are not allowed to hold more than $2000 in the account. And BluEase can only be used to do local transactions and most importantly Stanbic says it won’t be used to receive salaries.

3 thoughts on “BluEase:Stanbic Finally Has A Low-cost (Lite) Account”