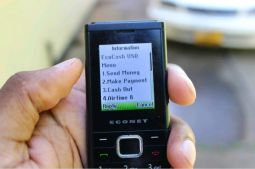 The infamous EcoCash upgrade which has been labelled by many as a downgrade due to the inconvenience caused by extended downtimes has been met with hostility because of its failure to work. We decided to scroll through the “new EcoCash” for ourselves and see if there are new features that have been added.

The EcoCash app has added security

Prior to the upgrade if you logged into the EcoCash application once it would allow you to access the EcoCash menu without entering a password for months. In fact, you would only enter your password before going in-app when you get that prompt to change your EcoCash password.

Now the application requires that you enter your password every time you open the application, making it similar to most banking apps which have a similar requirement.

After years of having to restart USSD based transactions whenever you made a mistake, EcoCash now has additional navigation options which are meant to make mistakes less punishing for users. * and 0 will now take users to the main menu and the previous menu respectively.

You may have noticed the new view pending transactions option which is now on the EcoCash menu. At the time of writing, we are not yet sure how exactly this feature will work and attempts to get the information from EcoCash representatives have been futile.

These are the visible changes and the assumption would be that there are more significant changes that have been made in the background because in isolation these 3 don’t seem to be worth the amount of trouble that has befallen EcoCash over the last few days.