Here Are Some Of The New Features On EcoCash 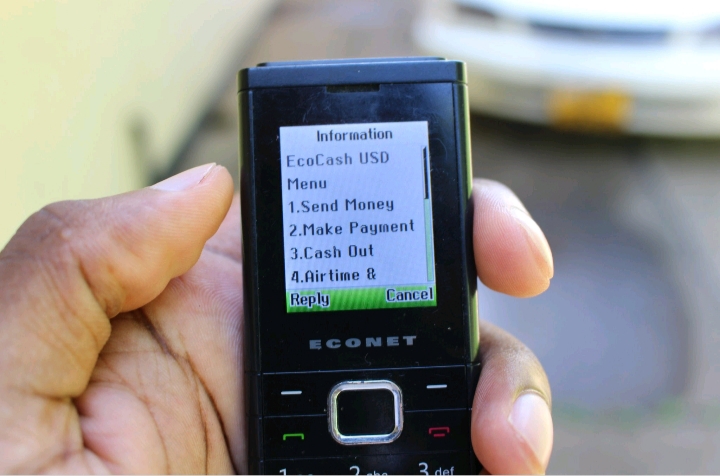 The infamous EcoCash upgrade which has been labelled by many as a downgrade due to the inconvenience caused by extended downtimes has been met with hostility because of its failure to work. We decided to scroll through the “new EcoCash” for ourselves and see if there are new features that have been added.

The EcoCash app has added security

Prior to the upgrade if you logged into the EcoCash application once it would allow you to access the EcoCash menu without entering a password for months. In fact, you would only enter your password before going in-app when you get that prompt to change your EcoCash password.

Now the application requires that you enter your password every time you open the application, making it similar to most banking apps which have a similar requirement.

After years of having to restart USSD based transactions whenever you made a mistake, EcoCash now has additional navigation options which are meant to make mistakes less punishing for users. * and 0 will now take users to the main menu and the previous menu respectively.

You may have noticed the new view pending transactions option which is now on the EcoCash menu. At the time of writing, we are not yet sure how exactly this feature will work and attempts to get the information from EcoCash representatives have been futile.

These are the visible changes and the assumption would be that there are more significant changes that have been made in the background because in isolation these 3 don’t seem to be worth the amount of trouble that has befallen EcoCash over the last few days.

Man
one year ago

have they reduced the ridiculous ‘check balance’ charge?

Man
one year ago

Totem
one year ago

Disgusted
one year ago

Actually the USSD menu just told me purchase airtime above Z$5 and it still said failed but then I got sms to say it succeded!
App still completely fails with purchasing airtime

POOR
one year ago

I believe they have done software upgrades that require a whole lot more processing power and they did not increase hardware capacity and hence the system poor performance. Typical poor planning we see all the time in Zim

Wallet to bank transfer now very inconvenient 90% of the transactions are pending….. Why they didn’t inform users to stop transacting if the upgrade was not over.. We didn’t expect from ECONET wireless

Isn’t it possible to do a step by step upgrade, say 11pm to 5am over 1 week instead of shutting off and upgrading over 24 hours, which is proving impractical.
This is Ecocash, the lifeblood of Zim’s financial services sector, not an airtime app which needs 5 minutes to upgrade.

Poor planning is proving costly for Econet and the country at large. You do not overhaul such a huge system in 24 hours.

The “back” options were long overdue. Everyone who uses Ecocash has made at least one mistake before. Having to start all over was archaic.

I have $42 in my account and want to send $35 and its saying insufficient funds how much can I send since I have reduced to $30 still no joy?

i had $300 and wanted to transfer $100 to my bank accnt and was shocked to see Insufficient funds…i did $70 and it was deducted from my wallet but it did not reach the bank and up to now there is nothing in my bank accnt. Econet why why why??????????

Had similar experience 3 days ago still no reversal of funds

Monopolies
one year ago

That check balance charge soes not make sense. If they have updgraded their platform, Why not show balance on the mobile app the moment you log on. they will still make money from ecocash charged

Black
one year ago

Unknown
one year ago

Mk magaya
one year ago

24 hour ugrade eysh?…isnt there a way to upgrade in batches of reasonable time intervals??… Ecocash is the heart of Zims financial channel…please consider that in your future upgrades…