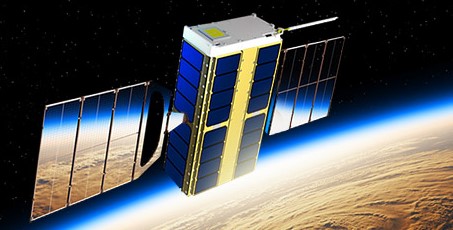 Ethiopia recently launched its first satellite into space. The satellite which will be used for agricultural purposes was launched with the financial assistance of China at a Chinese space station.

This will be a foundation for our historic journey to prosperity. The technology is an important even if it’s delayed…

The hope for Ethiopia is that ETRSS-1 (the satellite) will provide information that can be used to mitigate some of the effects of the droughts that have been persistent in the region:

The satellite, which we now own and operate, will provide us with data on meteorology, soil protection, and early drought warning, which would be vital to the development of the country

It’s reported that the bulk of the costs associated with the development and launch of the 70KG satellite were covered by China at an approximated cost of $8 million – $6 of which is said to have come from China.

Space is food, space is job creation, a tool for technology … sovereignty, to reduce poverty, everything for Ethiopian to achieve universal and sustainable development…

The launch of the satellite means Ethiopia is now among 9 other countries that have a satellite in orbit: South Africa, Nigeria, Rwanda, Algeria, Egypt, Angola, Morocco, Ghana and Kenya.

The satellite will provide all the necessary data on changes in climate and weather-related phenomena that would be utilized for the country’s key targets in agriculture, forestry, as well as natural-resources-protection initiatives