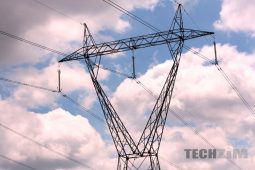 Whilst many have speculated that the ongoing South African power crisis is affecting us and has resulted in 24-hour power cuts, Energy Minister Fortune Chasi has said that imports from Eskom are yet to be impacted by the crisis in SA.

I’m happy to report that although South Africans are facing challenges in the power sector, they’ve continued to supply us with power but in our planning we have taken the position as government to diversify our sources of power even from an importation point of view.

We are safe and sound at the moment but we are doing everything we can to assure that we achieve energy security in Zimbabwe.

Should there be challenges in that area I have no doubt that our South African sisters and brothers will communicate that they are unable but as of now we have not received such a communication and we continue to receive power in accordance with the undertakings we made in our contract with them.

ZESA’s communication could have been referring to the loss of power from Southern Africa Power Pool Day Ahead market which was supplying us with 300MW at some point.

This wouldn’t be the first time South Africans have experienced load shedding whilst Zimbabwe was importing power from Eskom. From 2014-15 South Africa went through a less devastating power crisis but Eskom at the time was exporting power to Zimbabwe.

It seems the incentive to keep exporting power despite being in crisis would be Eskom’s ability to get their hands on the oh-so-sweet US$ dollars that this arrangement guaranteed back in 2014-15 and now again in 2019.