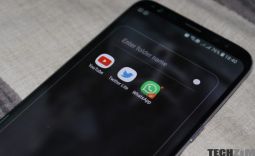 Zimbos love their social media and one of the statistics backing that up is found in POTRAZ’s recently released 3rd Quarter report.

Use of the internet grew in general with mobile data and internet consumption growing by 3.4% from 9 367 TB to 9 684.5TB. Whilst the rise is welcome it’s still %5 behind Q1’s 10 202 TB peak and still reflects negatively on the local economy.

Unfortunately, the Q3 report doesn’t have charts showing how much of the data is being consumed out of bundles – an omission that’s frustrating because the first and second quarter reports had the data:

Econet’s market share of the data usage dropped from 71.9% to 69.6% whilst NetOne’s usage grew from 23.85 to 26.3% – a shift which could possibly be attributed to the fact that when Econet started increasing pricing aggressively during this period NetOne was cheaper.

Whilst Telecel had the cheapest offering of the 3 for a while consumers aren’t exactly confident in the operator and thus their data usage market share dropped from 4.3% to 4.1%.