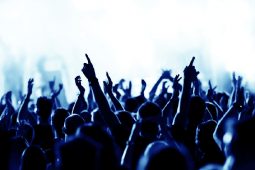 When ZIMA announced that they would be adding a new “Most Downloaded Song” Award Category to their award Ceremony from 2020 going forward we were pretty stoked since we like all things to do with the internet.

As we indicated at the time of the announcement, ZIMA didn’t share any information regarding how they will actually determine which song is most downloaded and promised to address how that category works in their rule book which would come out in November.

The rule book came out and we recently checked back on it to see how the interesting Most Downloaded Song will work. Unfortunately what’s in the currently available rule book is a woeful description which left me worried on whether or not the show’s organisers knew what they were doing here.

The only text which accompanies the Most Downloaded Song category reads:

This is across all mobile networks

What? When I first read this I couldn’t even begin to wonder what it meant but just for clarity’s sake, I called ZIMA (number provided in the rule book) just to get a better understanding of what this means.

What I was told after calling is that the Most Downloaded Song award will go to an artist with the most streams on platforms such as YouTube and Spotify but even then the person I spoke to didn’t sound too sure about that.

After that, I contacted one of the PR people at ZIMA to ask for a better explanation of what the description in the rulebook means. The representative said ZIMA made edits in that area but is yet to explain how the award will actually work. Once ZIMA fully explains how the winner of the award will be determined we’ll update this article.

Whilst there seems to be a lot of confusion regarding this award it’s pretty clear the intentions for having such a category are good. If the ZIMA are constantly held and become a “world-class” award ceremony (as ZIMA itself pointed out is the target) such an award will only serve to motivate local artists to embrace online platforms and put their work there – which is probably great for their reach as artists and will make the art more accessible for us consumers.