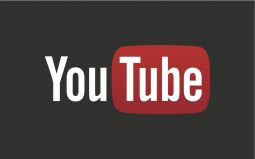 YouTube has secured exclusive rights to broadcast some of the largest eSports League. The deal between Google and Activision Blizzard will give YouTube the rights to the following eSports leagues:

For the past two years, the Overwatch League was broadcast on Twitch for a deal which was reportedly worth US$90 million which means the new deal by YouTube which also includes the new CoD League will probably be valued above US$100 million.

As part of the deal, Google will also provide cloud infrastructure for Activision’s online games.

It’s our mission to deliver high-quality competitive entertainment that our fans can follow globally, live or on-demand, and to celebrate our players as the superstars that they are.

This partnership will help us deliver on that promise at new levels, by combining our passionate communities of fans and players with YouTube’s powerful content platform and exciting history of supporting next-generation entertainment.