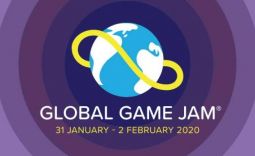 Global Game Jam is an annual game creation event that was supposed to have it’s premiere event in Zim last year (as far as we know) – but then the government decided to switch off the internet and Liquid Telecom had cold feet and the event didn’t happen.

Fast forward to 2020, Shift Space is hosting the Global Game Jam Bulawayo event from Friday 31st January to February 2. As explained before the Game Jam event takes place over 3 days. Friday afternoon – participants meet up, “watch a keynote video with advice from established game developers”. This is immediately followed by an announcement of a secret theme which participants will build their game around. All participants worldwide make their game based on that theme and by Sunday the game should be complete.

Shift Space is suited to hosting such an event since they are a startup focused on eSports and game development anyway. They’ve collaborated with eSports Zimbabwe on some tournaments and independently hosted tournaments at the Tech Village which puts them in a good position to actually bring gamers together for such an event.

Global Game Jame Bulawayo will be hosted at TechVillage and if you’re interested in participating in GGJ 2020 you can do so by registering here.

Anyone can participate since the development of the game will rely on more than coders/programmers (e.g writers and designers). Participation is free but make sure to register in time since there is only space for 40 participants.

You can also check out the creations that stood out from last year’s GGJ here.