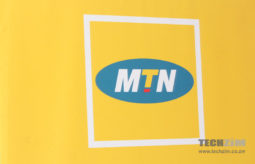 This time they are partnering with Ubank to roll out once again. One of the biggest problems with convincing South Africans to sign up for mobile money services is that in South Africa more people have a bank account than those that are formally employed.

With that being the case one of the most attractive aspects of mobile money – which is giving those without access to bank accounts access to financial services- is nullified.

South Africa’s urban population is larger than the rural population, another factor which is expected to initially limit the prospects of the service. Compared to Zimbabwe (where most of the population is outside of urban areas and a significant number of people in urban areas weren’t using financial services before mobile money was introduced), South Africa will offer an interesting case study of how mobile money can fit in an economy with a functional banking system and high financial inclusion.

Using MTNs service, customers will be able to transact, make payments and send money using their phone, all the features we’re accustomed to with services such as EcoCash and OneMoney.

We believe that MoMo (Mobile Money) will truly help close the gaps between banked and unbanked consumers in South Africa and furthermore help the consumers have other channels to receive and send money safely and securely.