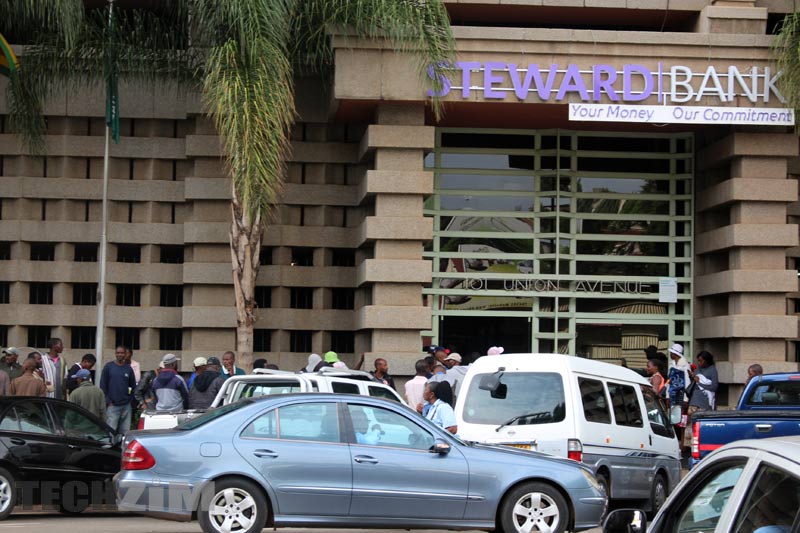 On 30 June 2019, the then Steward Bank CEO Lance Mambondiani left the bank abruptly. Sources say Mambondiani was fired although this was denied by him and Steward Bank. Since then, the bank has been coasting along without a substantive chief while board member Kris Chirairo was acting in the role.

Today, Steward Bank has confirmed the appointment of Courage Mashavave as the new boss. Yes, this is a name you know: Courage is husband to celebrated gospel singer Fungisayi Zvakavapano Mashavave.

Where is he coming from

Mashavave is coming from TN Holdings, the former owners of Steward Bank when it was still TN Bank. He is also said to be involved with Strive Masiyiwa’s personal business interests.

The new CEO takes over a bank that has been more or less in hibernation since the departure of Mambondiani. His predecessor had transformed the bank to orient itself as a fintech which went all out for the mass market. Mistakes were made in that path but by and large Mambondiani was a positive to the bank. He managed to give the bank a distinct identity that we don’t suppose it can easily shake off now.

We wait to see what Mashavave’s approach will be. Will he try to turn things back to ‘traditional banking?’ Will he push forward and build a ‘fintech with a banking license.’ Whatever he decides to do, we wish him the best.

The overall direction the bank will take will come from Strive himself, through the board of course. It’s very unlikely Mashavave will will take the “traditional” banking route.

Anon
one year ago

I think the first thing that he urgently needs to address is POS charges because they are insane!

What is the relevance of banks in this economy? They are not fulfilling their role unless that role it to fleece people!

So the new CEO’s main strength is being Fungisaya’s husband but does that add to the bank?

TM
one year ago

Phillip Chakawarika
one year ago

Congratulations Courage. God will give you wisdom to further transform the institution not only to a fintech bank but an innovative world class bank.

Congratulations Mr Mashavave, this is a new challenge to you all the best.

Congratulations Courage all the best on your new assignment.

Ranga Kenias
one year ago

We wish you the best sir, with GOD everything is possible….

Congrats Mr. Courage, we wish you all the best in your new position.