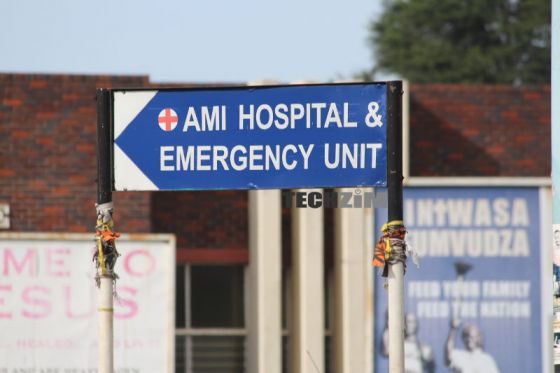 Last Thursday, Zimbabwe’s Minister of Health, Obadiah Moyo was summoned by parliament to update legislators on the country’s preparedness against the COVID 19 virus which has been declared a global health crisis. The minister assured the nation that there were no cases of infection in Zimbabwe.

Earlier there had been a scare when a lady suspected of being infected was quarantined at Harare’s Wilkins Hospital. By the time the minister appeared in parliament she had already been declared free of the virus and released. The incident though revealed a lack of strategy in the handling of critical information in a crisis situation.

The mistakes China made

The Chinese news service, Caxin Global published a telling story about how critical mistakes were made when it comes to communication particularly online communication during the very beginning of the outbreak:

Doctors on the front lines of epidemic outbreaks always sense the danger ahead. Zhao Lei at the infectious disease department of the Wuhan Union Hospital said he received the first patient suspected with coronavirus infection in December. The patient’s pneumonia symptoms were quite unusual, and a CT scan showed shadows in his lungs, Zhao said. Although CT scan results are not the only reference for coronavirus diagnosis, they are a key indicator. In the following days, patients with similar symptoms started to flood into the hospital, sometimes reaching 800 or 900 in one day, Zhao said. The hospital had to transfer more doctors and nurses to the fever clinic to treat the influx of patients.

Several doctors raised concerns of a new strain of virus that showed stronger contagion and severity than normal respiratory infections, but they were confused by health-care authorities’ hesitance to take measures and official statements declaring the disease controllable. Li Yunhua, a radiologist at the Hubei Xinhua Hospital in Wuhan, said he first heard of some patients with SARS-like symptoms in his hospital Dec. 30. That night, Li received messages from an online chat group of doctor colleagues in several Wuhan hospitals who warned of a new epidemic emerging in the city. But the next day, Li said he felt a little relieved when the Wuhan health authority issued a public statement saying there were 27 confirmed pneumonia cases with no sign of human-to-human transmission. No medical worker had been infected, according to the statement. The following day, Wuhan police said eight people were punished for spreading rumors online, and the government reassured the public that there was “no obvious human-to-human infection,” or “cases of medical staff being infected.”

What Li witnessed was arguably the most significant whistleblowing case in China’s medical history. The eight were mostly doctors who sent disease warnings in various chat groups on Dec. 30. Among them was Li Wenliang, an ophthalmologist in Wuhan, who shared with an instant messaging group chat that the ophthalmology department in his hospital had put seven patients from a local seafood market who were diagnosed with severe acute respiratory syndrome (SARS) into isolation wards. The punishment of the eight “rumor spreaders” was widely reported by the police, local media and Wuhan health authorities. It silenced many doctors, Li said, and although more of them sensed the danger of the disease they were afraid of “being called in by the police.”

The official infection number looked severe but not too worrisome. However, the Wuhan government suspended updating the infection numbers between Jan. 5 and Jan. 10. It didn’t explain the reason, but it coincided exactly with an annual meeting of provincial lawmakers. When briefings resumed Jan. 11, the government again said there were no medical worker infections or evidence of human-to-human transmission, while reporting that the number of infections declined to 41. “All doctors in our hospital knew it was not correct as it was so different from what we’d seen,” said a doctor at a large public hospital in Wuhan on condition of anonymity. A radiologist at another public hospital also raised doubts about the official statistics. “On Jan. 15, I found 50 cases (with lung infections shown on CT scan), but the health commission still reported 41, unchanged from Jan. 11,” he said.

Later research showed that human-to-human transmission likely started in mid-December; had that been revealed then, or even on January 1 when the doctors were disciplined by the police, it is far more likely that the Coronavirus would be contained. Sadly Dr Li Wenliang, the ophthalmologist who was among the eight doctors disciplined for private messages on WeChat died on the 6th of February of the virus. His death also could probably have been avoided.

A culture of censorship

Chinese authorities’ obsession with censorship is costly in times like these and the Zimbabwean government better take notice. I don’t think there was a high up official in the Chinese government who issued directives to nuzzle the doctors. It was a low level official whose immediate impulse is always to suppress information flow because that is how the Chinese system operates.

Censorship is effective because when enough people have been punished for ‘speaking,’ the whole population will start to self censor. Friends in China tell me that individuals are removed from WeChat groups if other group members feel that the said individuals are treading on topics that may get them in trouble. At that scale, the Chinese government doesn’t need to be listening in to every conversation- the whole population is already in line. The culture has become censored.

In a number of ways our government has demonstrated that it envies this state of affairs. If they care at all about the people they should learn from this and realise the big risks associated with censorship.

Social media in the case of disease outbreak

20 years ago, disseminating emergency information would have been a near impossible task to do on a nationwide scale especially fast moving public health catastrophes like these. Today, the task is made much easier by the widespread use of mobile phones and digital mass communication platforms.

The existence of social media can be a big problem too in such emergency situations. Panic can easily spread and sensational stories do the rounds making things worse. This is why our government needs to understand social media and not fight it. How?

Acknowledge the reality that there are no secrets

How many times has a story done the rounds on WhatsApp and the government denies it only to confirm it a few days later? The authorities’ immediate impulse to lie and deny the truth is dangerous. It validates the unofficial news sources every time they turn out true despite government insistence that they were false.

The more this happens, the more the population trains itself to believe whatever they see on WhatsApp. In an emergency situation, panic easily spreads because we will all believe the sensational story even if the government tells us not to.

It’s high time that our government realises that once something has leaked, the best thing to do is to confirm it otherwise we will trust them less when what they tell us is false is proven to be actually true. More than that, the government should try their hand at announcing things ahead of time no matter how they feel we will react.

The more they do that, the more we will rely on their official channels of communication to the exclusion of the sometimes dangerous rumor mill. Waking up to a change in currency resulting in your savings being wiped out tells you never to trust the government especially in scary situations.

The best way to contain any new technology is to understand it and to understand how it alters the game. The Zimbabwean governemnt behaves in this social media era as if they still have a monopoly over mass communication through their newspapers, radio and TV. They don’t.

Once they acknowledge that, they will realise that they can leverage social media better. In the event of crises they will be able to communicate effectively and they will have a bigger chance of curbing sensationalism and panic.

It’s an embarrassment that people got to know there was a woman who had been thought to be infected with COVID 19 because there were stories of high security presence at Wilkins circulating on social media.

My hope is that this deadly virus never finds itself here. Beyond that, I hope our government and even private companies come to fully grasp how the ubiquity of mobile phones, the internet and communication tools has changed the game and from this understanding they start to leverage the technology effectively.

Lastly, I hope we will move away from a deep culture of censorship (it exists even in private business) and we become bold and transparent as a society. One hopes.