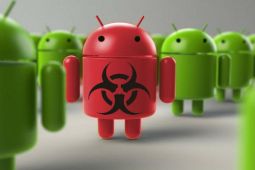 Though advertisers have been trying to top fraudsters using this method this hasn’t worked out. Fraudsters ensure the bots mimic human-like tendencies such as random delays and fake finger movements.

You know when you click on a link that says download but instead, an ad pops up? That’s how click-jackers work. Fraudsters use “carefully chosen wording and imagery” to deceive users into clicking that specific part of a page.

To take advantage of your clicking actions a number of things could occur;

Fraudsters disguise or encrypt code with malware in apps which evades Google Play Store’s security protocols and ends up on phones. Sometimes they also let you install a safe app which then installs another malware-infected application on your device.

This is why sometimes random ads start popping up when people use their phone. This enables the fraudsters to then collect revenue from advertisers. These apps are usually extremely difficult to find because they hide their activities from users.

Cybercriminals use server farms or non-mobile devices for ad fraud so they can generate clicks whilst posing as a mobile device user. The true nature of the device is disguised and the clicks pose as a specific phone or tablet.

Smartphone emulation takes advantage of advertisers that pay a premium for mobile device users over those on computers. Secure-D’s states that the likely reasoning behind this is because of research that shows that “mobile users spend more online per month than desktop users and are twice as likely to make big purchases over $250.”

In this method, the IP address of a user is replaced with a different one to make it appear as if there are in a more lucrative market which will attract advertisers offering more money. The method is also used to avoid having fake clicks constantly reported from the same user.