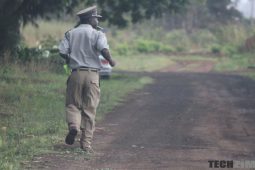 The Zimbabwe Republic Police has banned police officers from using social media during working hours to instead focus on crime prevention and investigation.

Police officers will thus not be allowed to focus on their cellphones at the expense of duty or abuse WhatsApp platforms, Twitter, Facebook or any other social media sites.

The announcement by the ZRP follows the arrest of a Constable who shared classified information using WhatsApp. The officer was arrested now faces criminal and disciplinary charges.

Also, does this mean before the ban police officers were allowed to “focus on their cellphones at the expense of duty or abuse”?

A few weeks ago, the ZRP also urged the public to stop recording and posting sensitive information on social media:

The Zimbabwe Republic Police is concerned with some members of the public who record video footage or photograph scenes of road traffic accidents, scenes of murder or other heinous crimes and later post the footage on social media platforms.

Images of dead bodies, wreckages and other sensitive scenes are then peddled on social media without regard to the negative effects. Some of the recordings are alarming and may cause despondency while others are not suitable for people of a nervous disposition.