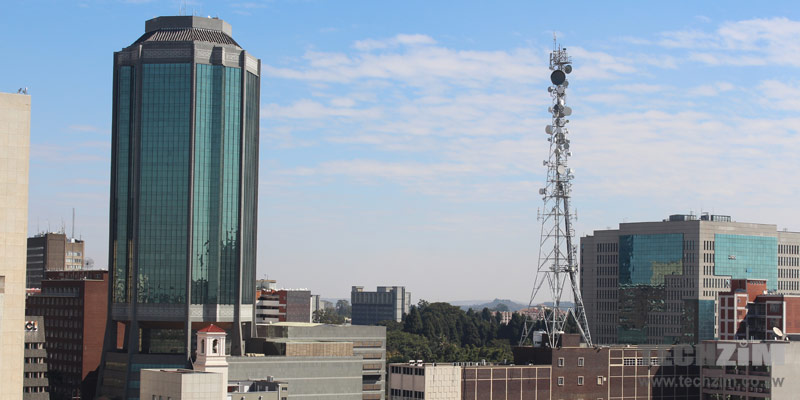 During the recently held Parliamentary Portfolio Committee meeting, Bankers Association of Zimbabwe raised concerns regarding mobile money services and the unfair advantage they have over financial institutions.

Dephine Mazambani, BAZs Chief Economist said the advantage stems from EcoCash and other mobile money services being regulated by POTRAZ and not the RBZ, which simply isn’t true:

Our regulation is different but one of the key challenges is that while we are regulated differently, sometimes you see that we offer similar products which creates an uneven playing field and sometimes pose a risk to the financial sector, seismic risks.

It is the regulatory environment we are hoping can be levelled.

This is a pretty stunning statement coming from the representatives of banks because one would expect that they would have knowledge of the fact that mobile money is in fact regulated by the RBZ and not by POTRAZ as they believe.

Whilst BAZ claims there is an unfair advantage, it’s no surprise they didn’t cite any specific cases where mobile money services have actually benefited from being “regulated by POTRAZ” as they claim. There are no specific examples of this advantage simply because it doesn’t exist.

During the same meeting, Cassava Smartech’s CEO corrected Ms Mazambani stating that EcoCash (and mobile money service providers) were in fact regulated by the RBZ:

EcoCash is under the direct oversight of the RBZ. We are regulated under the National Payments System Act and we make as frequent returns and engagement with the central bank as any other financial services sector in Zimbabwe, including banks.

For certain services we are also regulated by the RBZ Finacial Intelligence Unit where we submit all our suspicious transactions reports and other general issues which pick.

Whilst you would expect that a regular person who doesn’t understand the financial system could be confused by the regulation of mobile money but to hear that from the BAZ is quite startling, especially when you consider the BAZ is supposed to be a reflection of the banks.

Apart from EcoCash, they are providing other services on credit, for instance, credit airtime with interest of 33% and kashagi loan are these services also monitored by financial regulators?

I would like to think so because POTRAZ has made it clear in press conferences we’ve attended that anything to do with EcoCash is regulated by the RBZ when members of the media ask EcoCash related questions.

I believe these guys at the banks were caught napping by the meteoric rise of mobile money. They were used to having it all thinking the citizens would not take up the service but instead prefer to stick to brick and mortar banking. The “silent” treatment people get at the banks forced them to embrace EcoCash.

They weren’t exactly caught napping. Banks tried to go mobile early on but found a challenge in that USSD SMSes are charged at standard rates, USSD for Ecocash and mobile money was not charged. This presented an access problem that they felt gravely disadvantaged them. Then, of course, Zimbabwean things happened and the banks were buried.

Convenience and ease of use is where banks are serverly lacking, maybe it’s because of the RBZ and its regulations concerning KYC (Know Your Customer) requirements. If so maybe Dephine Mazambani, BAZs Chief Economist has a point.
To get access to Ecocash you can buy an Econet line from one of the street vendor’s/Econet brand ambassador’s (don’t know what else to call them) that are basically at almost every street corner. And towards the KYC requirements you must provide a photocopy of your ID and produce the actual ID for confirmation, 3 or days later the Ecocash account will be up and running.
To open a new bank account on the other you have to visit one of the banks branch offices. Then you will have to produce
*A certified copy of your ID
*Proof of residence
*Passport sized photos (depending on the bank)
*And if you are one of the lucky 10% proof of employment so your account can receive your salary (90% unemployment in Zimbabwe)
And all this must be done at the banks offices after have stood in queue (Yes yes you are going say some banks are now also using brand ambassador’s to open accounts , but this is a rare thing and not all banks are doing it)
And after all that it may take up to a week or more before the bank account is up and running.
But wait there is more ! Let us not forget about the covert screening method that banks use, the Minimum balance, the bank account must always contain a certain amount of money. This money is not yours it used to be yours, but it belongs to the bank now. The minimum balance depending on the bank can vary from a semi reasonable amount to amounts that basically tell you that the bank doesn’t want poor people as clients.
Unlike Ecocash where a zero balance is tolerated.