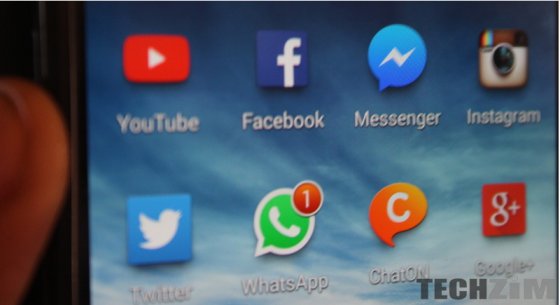 As commander of the Zimbabwe National Army, I am happy that the course laid a proper foundation in the areas of cyber security, which pose a dangerous threat to our national security.

Social media poses a dangerous threat to our national security. Social media is one of the tools that is being used for misinformation and I believe that your training has been an eye opener to the rigours and realities of technological advancements.

The Media Institute of Southern Africa (MISA) said notes that whilst the army has valid concerns they should leave the regulation to the government which should come up with these laws to enhance communication and not to shut down social media channels:

The issue of regulating the digital space should be done in a structured manner whereby there is a law that comes into effect. In this case the Ministry of ICT is drafting a Cyber Crime and Data Protection Bill which combines two broad thematic areas. We only hope that the government is coming up with this law for the purpose of enhancing communication through the digital space rather than shutting it down.

Ultimately the army has valid concerns regarding misinformation but the question raised by MISA are valid and it begs the question in what capacity the army will be monitoring this space? Considering the army’s recent (and mostly negative) interference in the country’s politics it comes as no surprise that the prospects of the army monitoring social media won’t be welcomed positively by ordinary Zimbabweans

Qhelani NDHLOVU
one year ago

That’s dictatorship thinking that, shame on you👎 people are starving and kids are not getting education and you busy promoting Zanu propaganda. I wonder when are you starving ordinary military people will wake up and stand with the proper patriotic Zimbabweans who actually want a better Zimbabwe for everyone not just a selected few.Nxa