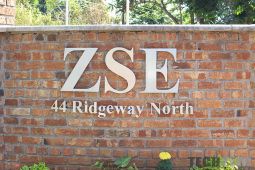 The Zimbabwe Stock Exchange recently announced they are joining forces with the Harare Receivables Exchange “for the development of a receivables financing platform”.

The platform will be targeting Micro, Small and Medium Enterprises (MSMEs) because the belief within the two organisations developing this platform is that the above group of businesses “continue to face challenges of limited access to finance” and the receivables financing platform will put an end to this.

The success stories are on the basis that receivables financing through a formalised marketplace reduces the risk for potential financiers.

Receivables financing is an interesting concept. In the case of the platform being built by the ZSE and HRE there will be 3 parties involved; suppliers, financiers and debtors.

An example I got from a ZSE spokesperson explained the process as follows; Let’s say an SME supplies Pick N Pay with a fruit juice and they are told they’ll get their money in 40 days. If the SME is on the receivables financing platform they can take this invoice to ZSE and a financier (after agreeing with Pick N Pay the debtor) can pay the SME in three days instead of the initially proposed waiting period.

The SME gets their money and then the financier can later get the money from Pick N Pay.

Considering that we are in a hyper-inflationary economy one of the questions that popped up to me is how then do the financiers protect the value of the money they’re owed and the ZSE spokesperson I spoke to suggested that they negotiate terms with debtors and this includes an interest rate.

The spokesperson also explained that the financiers on the platform can be banks, brokers and other liquid businesses.