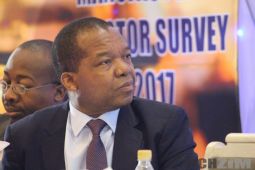 The RBZ has come out with a statement regarding the 5-years de-dollarisation project document which has been making the news after leaking last night.

The Central Bank has said that whilst the document was being worked on by RBZ personnel, it isn’t the official position and had not even been inspected by the government.

The Reserve Bank of Zimbabwe wishes to advise the public that the document titled “De-dollarisation Road Map” which has been circulating on social media was leaked by a senior Bank economist, Philton Makena, who had access to a document on the macro-economic policy measures to support the five-year de-dollarisation strategy which was being worked on by a team of economists in the Bank. The draft document should therefore be disregarded.

The draft document was being worked on by the team of economists on a computer allocated to a chief economist in the bank, Paul Gilmour Mukoki. The bank has isnce established that Mr Mukoki was not responsible for the leakage of the document.

Mr Makena’s conduct amounted to breach of the oath of secrecy by which all Bank employees are bound. Accordingly, the Bank has suspended him, with immediate effect and has commenced disciplinary proceedings against him.

Simply put the Central Bank is saying this was a document in the works that had not gotten greenlit suggesting a) it might not have gotten greenlit at all after the government had looked at it or b) the final document might have taken a different form from what it is that was leaked.

The only problem with the RBZ and our government is that they are not exactly shining examples of policy consistency and that’s one of the reasons why everyone who came across the document did not for a second think to question whether or not this was the official position.