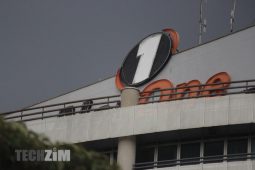 Lazarus Muchenje and 7 other NetOne executives who were arrested on corruption and abuse of office charges by ZACC on Friday night have been freed on ZW$3000 bail.

In addition to the existing charges we knew were laid against Muchenje and fellow executives – a few more have been revealed:

NetOne is said to have owed US$1 million to 6D Pvt Ltd for the provision of a service delivery platform and a USSD gateway. A representative of 6D suggested to Muchenje, Tanyaradzwa Chingombe (acting head of legal affairs) and Tinashe Severa (acting chief finance officer) that NetOne provide 9 million minutes on-net voice termination to a separate company – Bankai International Pvt Ltd. The 9 million minutes would be valued at US$1 million to offset the debt to 6D – at an interconnection rate of US$0.13 per minute. The state argues that this rate was against the acceptable rate of US$0.20/minute.

Following this deal, Muchenje, Chingombe and Severa are said to have gotten into another agreement with Bankai. The Indian company connected a telco bridge at the NetOne data centre which was configured to allow Bankai access and control over the telecoms traffic on that platform.

Muchenje was allegedly warned of the national security risk involved by engineers at NetOne but went ahead with the deal.

In addition to all this Muchenje is also said to have supplied Bankai with 2000 NetOne numbers without sim cards – the lines were authorised for use without subscriber identification. The state alleges that this puts the nation at risk since these numbers bypass the home location register (main database of permanent subscriber information for an MNO). Revenue generated from this deal was going to be split 80:20 with NetOne getting 20%.

Another new allegation is that Muchenje acquired personal security and misrepresented on documentation that the security guards would offer 24-hour protection to the NetOne building when in actual fact the guards provided security only to him.

All 8 NetOne executives were freed on condition that they report once a week to the police, surrender passports and not to interfere with witnesses until the matter is finalised. Their case has been remanded to June 2.

One thought on “Lazarus Muchenje Of NetOne Freed On Bail: More Allegations Revealed”