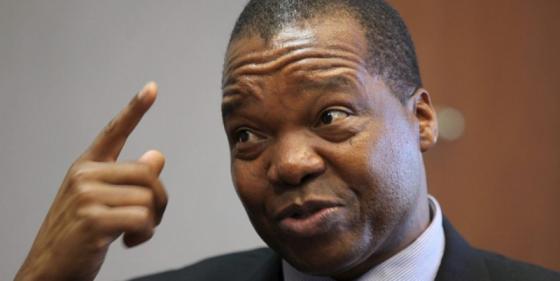 The Governor of the Reserve Bank of Zimbabwe recently appeared before the Parliamentary Portfolio Committee on Budget and Finance. He used very interesting colourful words in his submissions.

Whenever we put measures in place to make our economy grow, it seems there is asymmetric economic warfare, it is more like guerrilla warfare, this is a disappointing factor and we need to work as team Zimbabwe to end this.

The rate changes in the minds of people, there is no country that does not have a parallel rate, but the parallel rate in Zimbabwe changes frequently, why can’t it be stable.

The last question the governor asked in the excerpt above is a good question and we hope he asks it with sincerity. We of course hope that he genuinely wants to know the answer no matter how inconvenient it may be.

Simply put, the answer is not that there is some guerrilla war going on. No one is trying to sabotage Mangudya, the RBZ or the government. People are trying to survive and protect themselves. The reason why Mangudya’s efforts are not bearing fruit is because his efforts ignore our immediate history.

Our immediate history is that we went through crazy hyperinlfation in 2007 and 2008. We helplessly watched while our savings and insurance policies turned to ash overnight. The Zimbabwean working population had a strong culture of saving; insurance instruments were really popular but the policies of Mangudya’s bank and the government it serves made all these good things useless.

In 2009, bank balances and all savings were reset to zero in essence. The citizenry forgave this because all they wanted was inflation to end and stability to return. This happened and the population attributed this to two things:

From 2014 onward the fiscal discipline that existed during the inclusive government was discarded. The government started living without its means. This is a dangerous thing to do when you are using someone else’s currency. You create a hole that can’t be filled. Cash started disappearing and restrictions on how much could be withdrawn became ridiculous by the day.

In 2016 Mangudya himself introduced what he called a pseudo-currency that would trade at 1:1 with the USD. No one believed him and people tried to fight the introduction of this animal: the bond note. Mangudya assured us that if we didn’t want to be given the bond note on withdrawal all we had to do was to tell the teller that we didn’t want it and we would be given USD since we had USD in our accounts. He also promised to resign if the bond note failed. Both promises were not meant to be kept at the time they were made and Zimbabweans again lost money that was in their accounts.

Worse was happening outside of the bond note. Mangudya and his bosses were using a keyboard to create millions of dollars. Central banks all over the world have such money making keyboards but only if they have a currency that they have issued. Mangudya’s keyboard was creating make believe US dollars and with every stroke he was replacing real USD in our accounts with his fake stuff.

As he did this, the market started reflecting the truth of the situation. Money in bank accounts and mobile wallets began to be valued less than bond notes which were valued less than USD. Mangudya claimed this was market manipulation. He maintained that USD cash, bond notes and money in the account were all equal before God.

However, in October 2018 we were surprised to hear the governor say that our bank accounts needed to be split into nostro and RTGS. What we were calling USD all along, what we had deposited as USD into our bank accounts was now called RTGS$. This RTGS$, Mangudya claimed, was still of the same value as the USD. Nobody believed him. Promises were made again about how our new USD deposits into nostro accounts would be respected and how we could redeem such deposits whenever we liked.

Five months later the RBZ said the RTGS$ could now be traded at market determined rates against other currencies. It was now convenient to him to admit to his wrongdoings which we had all pointed out countless times. He said:

I am guilty as charged. Taking exporters’ money at $1:1 when prices had risen by 3 or 4 times was unfair.

A few months later, Mangudya’s boss, Mthuli Ncube declared that the RTGS$ was now the Zimbabwean Dollar and the multicurrency regime was over. Zimbabweans were robed once again. There are more twists and turns to this tragic saga but the narrative is already too long.

The laboured point to John Mangudya in answer to his question why the parallel market exchange rate is not stable is that no sane Zimbabwean trusts the government, the RBZ and especially the currency they mint. As long as that state of mistrust exists, Zimbabweans will be too keen to offload Mangudya’s money for USD and they will be willing to do it at whatever the rate the guy with the USD is asking for.

It’s not a guerrilla warfare, it’s survival. Zimbabweans did not lose their instincts to save, they are only wiser now and they know that savings in RBZ issued currency are not savings at all. Most of the population actually can’t afford to save but they know that if they have Zim dollars enough to buy tomorrow’s bread, the wisest thing they can do is to change it to USD at whatever rate otherwise they will not be able to buy the bread tomorrow.

There’s a demon in this country causing economic instability. It’s like coronavirus but we have to trace it. We have to understand the root cause of our economic challenges. We should not spend a lot of time focusing on symptoms.

They are making money from selling money, they wake up every morning and ask where (sic) the rate will be and if it is at 1:40 they will go to 1:45 in order to make a profit and the trend continues, that way it will become a Ponzi scheme.

It is not about us hating the mobile platforms, but what happens there is more like Sodom and Gomorrah.

The ponzi scheme is what Mangudya and accomplices did over the years. The house of cards is falling. Is EcoCash being used by currency traders? Yes of course, just like bond notes are being used by the same. Attacking EcoCash changes nothing. In fact, when the FIU targeted EcoCash at the beginning of this month, the parallel market didn’t bate an eye. However, the moment the RBZ announced the introduction of new notes into the economy, the local currency crashed by 40%.

The governor said we shouldn’t focus on symptoms but on root problems. How is a jihad against EcoCash a focus on root issues? Oh, I believe EcoCash is not as sincere as they want to appear and that the recent notice to penalise them is warranted but that is not to say EcoCash is ‘fuelling the black market.’ Such claims are ludicrous.

The governor is a man of prayer. He said:

Dr Mangudya’s prayer was answered in 2007 and 2008. I will hazard to say the most average Zimbabwean understands economics better than most people around the globe. When a Zimbabwean hears that the RBZ is printing money, s/he gets worried because of the experience based economic knowledge of how that leads to inflation. The reason Mangudya is baffled by the parallel market and cannot control it is because it is a true market and average Zimbabweans are the actors in that market making decisions on when to buy and when not to and thus determining price.

Perhaps the governor’s prayer should be that Zimbabweans understand economics just a bit less so that they don’t read into his policies and directives too much. Perhaps if that happens his policies may actually achieve the intended objective. Of course one hopes that the intended objective is not to hoodwink the nation one more time as has happened over and over again before.

Well written. My own prayer would be if only Mangudya was fired instead of this harmless Mutodi.

Thank you, glad you liked it

A well written article. Mangudya is the demon himself. He claims to be putting measures to keep our economy to grow. What measures is he putting in place. Measures to make an economy to grow are:
1. Creating an investor friendly climate
2. Creating industries, opening all the closed mines like Shabanie Mine, practice of commercial farming etc
3. Put measures to avoid corruption

Thank you, glad you liked the article.

It’s sad that the authorities have resorted to pointing fingers elsewhere instead of confronting the problems they themselves created. We are not even asking them to blame themselves, we just want them to take responsibility to find a solution, a real one

This is the same answer I would like to have given.

The sabotage comes from the government, not the people.

We understand what Biti said – Eat what you kill. Mangudya and Mthuli pretend that they don’t.

That’s the frustrating thing isn’t it? Everyone knows what needs to be done but the people responsible will just pretend the problem lies elsewhere

The patriot
11 months ago

Mangudya needs to understand that the blackmarket z funded by his frands n e govt, or he knoes bt pretends he has no clue. Well written article