RBZ: $10 Notes Coming Into Circulation Next Week. $20 Notes To Follow 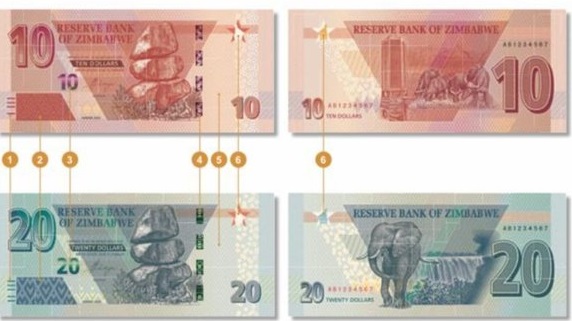 RBZ has announced when the $10 & $20 notes will be coming into circulation.

$10 notes will come into on Tuesday 19 May with the $20 notes to follow soon after – RBZ says these will be available “by the first week of June”.

Alongside this announcement was another – withdrawal limits have been raised from ZW$300 to ZW$1000 per week. The new limit will be effected on the 19th – the same day new notes are availed.

Just for good measure the RBZ also mentioned that they will not tolerate “the abuse of currency and will deal decisively with any such abuses”… We’ll see.