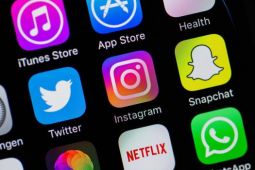 Here are some highlights from Apple’s WWDC 2020.

iOS 14 looks just the same as the iOS13 except the reworked widgets, these widgets are richer and filled with more data. Widgets in iOS 14 can be part of the regular apps in your pages, and they can also be resized.

There is a new widget called Smart Stack, this widget lets you scroll through all your other widgets to pick the one you want, and it can also scroll automatically. Giving you news briefings and any upcoming events or any other information you need.

App Library is an interesting new feature that organises apps. It takes the mess that apps can be and curates them into groups to reduce clutter. App Library also lists your most used Apps at top and recently added apps next to that.

“Picture in picture” is also coming to iPhone, this is a feature that allows the user to keep watching a video even when they have left the video app. The video keeps playing in a minimised window as you move around in other apps. The window can be dragged across the screen and can also be enlarged or made smaller. The video can also be put to the side with a swipe and the audio will keep playing.

Subtle improvements have been made, It has a more compact design and some requests like the weather, pop up as notifications.

Apple announced its own Language Translating App. It can work completely Offline, translating text and speech like Google Translate but turn your screen to landscape and it opens Conversations mode. It translates your conversations so you and whomever you are talking to can go back and forth.

Apple’s messaging app now allows you to pin messages like what you can already do in WhatsApp. They added more features to their Memojis, including more age ranges

iMessage now has in line replies in group chats so you can reply to a specific messages. You can also talk directly to someone in a group chat by typing the contact’s name. Group Icons now have icons that change in size to show which member of the group was the most recently active.

Apple launched digital car keys. A feature that lets you use your phone to unlock and start your car. This feature is only available in the 2021 BMW 5 Series but Apple expects more cars to have this feature next year. The feature uses NFC, so unlocking your car is done by a tap. To start the car you simply place it in the charging dock and then push to start.

The worry is if you’ve lost your phone and you don’t have your key, what to do then? Well, one security feature is that you can turn off your key through iCloud.

You can also share your car key through iMessage. The owner of the car can set a restricted profile, limiting the car’s performance. A good feature in the event that you lend your car to a young or inexperienced driver.

App Clips are miniature apps, these apps are available at the touch using NFC and download what looked like a temporary App. The Apps help users pay for or access services without having to download an entire App. If you want the full App then you just go to the App Store and look under recently used Apps.

Location Data, iOS and iPadOS are letting apps only have your approximate location not your exact location.

Apple say your device will notify you of trackers from other companies and websites. Apple is also highlighting the privacy policies of apps in the App Store so users know before they download.

The biggest announcement of the night was Apple Silicon, their first in house SoC. Apple wants to make their Mac devices as performance orientated as possible without too many compromises. The Final Cut demo on Apple Silicon and Mac Big Sur was very impressive.

Mac products will be able to run iOS apps and iPadOS apps directly with Apple Silicon.