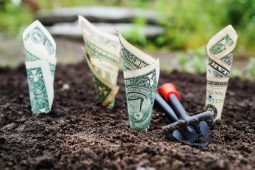 I think it’s fair to say crowdfunding in Zimbabwe is pretty difficult if not actually dead.

The first problem you encounter when trying to run a crowdfunding campaign be it for business or for donations is that most Zimbos don’t have access to the existing platforms for crowdfunding. Most don’t have foreign currency to donate to sites like Kickstarter, IndieGoGo, and GoFundMe.

Those who do have foreign currency many times don’t want the hassle associated with going to the bank, prefunding a debit card and then making the donation to these sites.

So why hasn’t someone solved this problem locally? Well, in 2018 Steward Bank announced Kanzatu Nzatu a crowdfunding platform but they never really marketed it or devoted that many resources towards making it a thing people use.

More recently the team at Paynow put their heads together and recently unveiled a “donation widget” that will, in essence, allow fundraisers to do so more seamlessly. But a widget isn’t a crowdfunding platform. So the problem remains, where do Zimbos go when they want to raise funds?

Sometimes we miss things that are right in front of us. It wasn’t until one of my colleagues mentioned that Twitter and EcoCash are serving as de facto crowdfunding platforms locally. Well, he didn’t call them de facto anything but said this instead:

This has been one of the interesting uses of Twitter and EcoCash. Someone posts a call for help and strangers assist with small amounts – in the end a need is met.

That simple explanation really does sound like the definition of crowdfunding and after looking at some of the more popular crowdfunding campaigns on Twitter I was left convinced that it is indeed the best platform for crowdfunding locally at the moment.

Freeman Chari is one of the guys who has initiated multiple crowdfunding campaigns via Twitter. He has had enough of these to be able to determine how much a retweet is worth when crowdfunding on Twitter;

Even if you don’t donate, a simple retweet usually generates 10 cents. So please share.

Last month, Gerald Maguranyanga had one such campaign which was more spontaneous and setup with the goal to feed a family in Glen Norah, and through a simple tweet he managed to raise “ZW$2600+ in 30 minutes”.

In 2019, Kuda Musasiwa started an initiative that would pay fees for University students who had great grades but no money to continue studying. The initiative started through a simple tweet but has so far benefitted 21 students who are still being supported to this day. This story was profound to me because it showed me how a simple tweet can impact so many lives.

More memorable though is the recent campaign by Fadzayi Mahere and Doctor Lennon Gwaunza. Whilst this wasn’t the EcoCash + Twitter combo it’s still pretty important to acknowledge how Twitter played such a pivotal role and the thousands of retweets they had garnered from social media users made all of that possible.

All this to say at the moment, I do think Twitter is the best platform for crowdfunding but that comes with a large asterisk.

We mentioned 4 individuals who have run successful crowdfunding campaigns on Twitter and 3 of them have over 43 000 followers meaning your popularity will probably determine the extent to which you get assisted.

This isn’t necessarily the case with dedicated Crowdfunding platforms that allow you to present your case or problem and those concerned simply browse through and donate or keep it moving.

The social media network has filled a gap and at times it has done so tremendously, but at the end of the day it seems to me like there is great need for a proper crowdfunding platform that allows capitalists to invest in small companies presenting their ideas, ordinary people to invest in charitable causes and so on.

One thought on “Is Twitter The Best Crowdfunding Platform For Zimbabweans Right Now?”