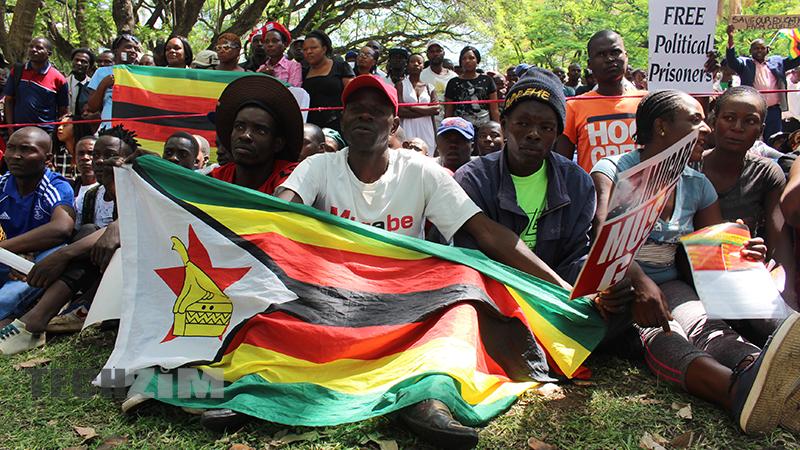 A concerned Zimbabwean citizen has launched an online petition asking or demanding that the country’s parliament stops amending the constitution as they seem bent on doing.

Zimbabwe held quite a deliberate participative constitution making process not so long ago. The process actually took about 4 years and finally resulted in a well negotiated constitution that was resoundingly voted for by the electorate in a referendum 7 years ago.

3 years ago, the then 4 year old constitution was controversially amended. Right now the parliament is seeking to amend the constitution again. The argument for this is not very clear.

Unfortunately the state of our parliament right now is that there is a majority of one political party which can decide on anything unopposed as long as the political party has reached consensus. However, parliament works for you and I (we are the boss). The least we can do is to voice our displeasure (if indeed we are displeased) whether or not that voice will be heard.

What is the petition saying?

Here is how the petition is described:

The 2013 Constitution was resoundingly supported by Zimbabweans in a referendum. This means it was enacted by a popular and participatory process.To amend it through a closed process would be a subversion of the voice of the people and such a step amounts to a grave democratic reversal. It is also important to note that Constitutions ought to be durable and not unnecessarily or repetitively amended to suit short term interests or designs. In this respect, this would be the second time the Constitution is being amended in its seven year lifetime. Such practices do not bode well for constitutionalism and the broader democratization process.

The first unpopular amendment in 2017 expanded the President’s powers to include unfettered judicial and executive appointments. If passed into law, Bill Number 2 will have the effect of farther undermining the principles of Separation of Powers and the Rule of Law. Clauses 2-8, 10, 13 and 14 will erode the independence of the judiciary and cutback on parliament’s oversight powers.

As young people, we are concerned that the Bill will stifle effective representation of our interests and participation in the quest for democratic governance, even though at face value it creates the impression of increased representation. The introduction of a youth quota in a country where well over sixty percent of the population is under thirty-five is evidence of the continued stifling of young people’s participation in public affairs and as such should not be supported.

The Bill further stifle effective women representation by institutionalizing tokenism through the granting of quotas to women. This serves to delineate how far women can participate even though at face value, it creates the impression of increased representation.

For these reasons, all democracy seeking Zimbabweans should sign, share and support this petition so that our country returns to and moves farther along the pro-democracy path.

Do online petitions work in Zimbabwe?

Well, around the world people are getting more voice due to digital platforms like these. Governance is no longer reserved for elites who only come to us election time. That is one of the biggest fundamental changes brought about by the internet. But does this apply to Zimbabwe?

That vain position is a point of leverage for populations and that is where the internet gets powerful. Individuals like you and me get to publicly and internationally put on record our thoughts about major issues. Sometimes that can be enough for the powers that be to pause and change course.

All this is a long shot of course. That’s still alright.

This is a question I was going to definitely get in the comments. No, Techzim is not a political publication. What first caught our interest is the fact that an individual is harnessing the power of the internet for a political endevour.

Secondly and more importantly, Techzim is a citizen of Zimbabwe. As a citizen we also have a position about things that’s why I am unashamedly biased towards this petition. We believe that a strong, consistent constitution is foundational to a thriving economy and the overall advancement of the nation including technology. As such we are quite wary about arbitrary changes to that foundational document.

Should constitutions be amended? Hell yes! Weaknesses in the American political system often come from a veneration of their constitution to an extent that even pieces of it that don’t work anymore are kept in play. If then, you as a Zimbabwean citizen agree with the proposed amendment, please do not sign the petition. In fact, help us all understand how you see it as a positive. Who knows, you may convince some.

If you want to add your voice to stop the arbitrary amendment of the constitution then: