Telecel Loses Nearly 100k Subscribers – Is There Light At The End Of The Tunnel? 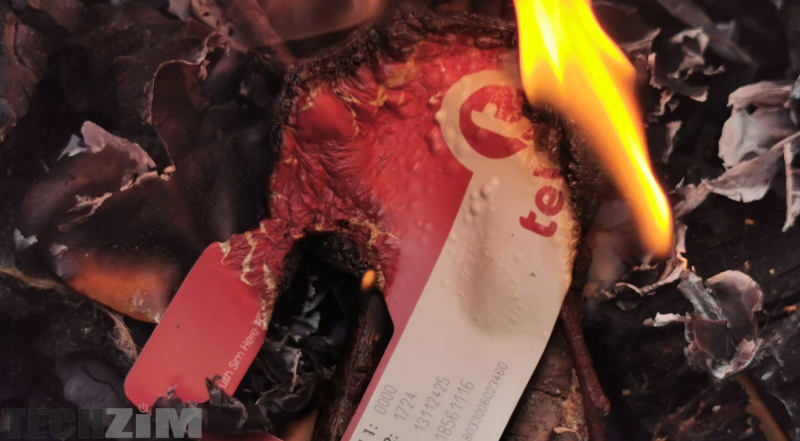 For almost half a decade, the Telecoms Sector Report by POTRAZ has reflected poorly on Telecel’s performance. The report for the first quarter of 2020 is out and you guessed it, again it reflects poorly on Telecel.

The 3rd largest mobile network provider (aka the smallest) is in trouble on many fronts but this won’t come as a surprise to many of you who follow Techzim as we have detailed Telecel’s struggles one quarterly report at a time.

Where is Telecel now?

This is a far cry from Telecel’s 2014 peak subscriber count of 2.23 million – and in 2013 they actually had more subscribers than NetOne.

POTRAZ attributes the decline in Telecel’s active subscribers to limited “base station availability”. A year ago, we noted with concern how Telecel at the time had less than 20 4G/LTE base stations in the whole of Zimbabwe. That position hasn’t changed much since. They had 16 base stations at the end of Q1 2020.

This lack of infrastructure will continue to hold them back because it means in many areas Telecel simply cannot offer service to begin with. The fact that they can’t offer this service reliably has a domino effect which is seen on their revenues…

When you look at the share of revenues you’ll realise that Telecel only had 1.6% of the revenues made by all mobile operators which amounts to ZW$33.2 million. That number in a vacuum might seem respectable, but once you consider that Econet and NetOne made ZW$1.7 billion and ZW$343 million respectively – it paints a pretty gloomy picture of where the struggling MNO is.

When you consider that Telecel is making 10 times less than its closest rival and has far less infrastructure it’s hard to see light at the end of the tunnel. Telecel is in a position where they need to invest far more than their rivals to simply catch up but they are making far less than said rivals. In short tingangoti varipama1.

One would hope that since Telecel can’t compete in terms of providing internet service to customers they would do better at voice traffic. That too is a disaster as the network operator has a measly 1.5% of the voice traffic market share.

Telecash isn’t fairing much better. In fact, at a time when both EcoCash (+3.7%) and OneMoney (18.4%) grew, Telecash users fell by 1.4% and at the end of the 1st quarter there were just over 50 000 people using Telecel’s mobile money service.

A few weeks ago the ICT Ministry said they have worked with Telecel to map out a “recapitalisation strategy” our attempts to get more information regarding this strategy has been in vain which usually points to the lack of such a plan to begin with.

It’s also important to keep in mind that COVID-19 will make Telecel’s turnaround plans harder to execute. The economy is contracting and is expected to continue shrinking which will probably mean less revenues for the mobile telecoms sector.

Telecel’s future is extremely uncertain and it’s hard to see how they turn things around. Outside investment is extremely unlikely when you consider that Telecel has ownership issues that make it unclear who is actually in control of the company.

That coupled with the fact they are operating in a country with an economy that is weakening on a daily basis makes them pretty unattractive for the type of investment that would make them competitive against NetOne at the least.

At the end of the day, Telecel’s problems are not economic problems, they are leadership problems which is why until they have the right leadership at the helm it’s unlikely that consumers will see any change…

The leadership led by the incompetent Angelene Vhere and one FD Ezra Chinake are 95% responsible for the downfall of this once promising entity… These 2 have looted this entity left right and centre and nothing has been done; that lady is very very useless and more than incompetent… This is very very sad…. If they appoint a good leadership things will change despite the economic woes… Telecel has been killed by a crisis of leadership…

I agree with the last paragraph about incompetence at the top, whilst other networks are embarking on expansion projects some how the Telecel management decide to a top of range vehicle US$85k+ worth for the CEO! How stupid is that or may be it’s not stupidity may be she knows she will never get a job after Telecel so it’s an opportunity to maximise on perks and benefits!

In as much as the economic factor, it’s worse for Telecel because of an incompetent/selfish management& board as well as the un resolved shareholder issues

Problem is not management but lack of investment and an arrogant Workers Committe chaired by an MDC activist David Mhambare inferring in company management and inciting workers not to work. Telecel is a centre of gossiping and backstabbing especially by workers Committe