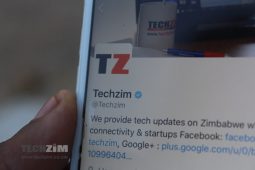 Twitter verification is one of those tiny things people usually like to set them apart from “commoners”. Soon you might be able to actually request verification and boost your social standing (it’s kind of funny that the world works this way, but hey I don’t make the rules).

Jokes aside though, Twitter is working on a feature that will allow users to request verification. The option will be hidden away in the settings section and is yet to be launched to the public.

It’s not yet clear how the feature will work beyond the fact that Twitter is working on it but I’m sure many will be trying their hand at getting the famed badge of honour that is Twitter verification.

What impact could the feature have?

Well, locally I hope that it will result in the verification of many national authorities and government institution. This is because a few months ago, we saw the Ministry of Information’s official account get taken down wrongfully after a number of users reported the account en masse.

If that account had been verified I don’t think it would have been taken down wrongfully and by extension, so many official government declarations made through that account would not have been lost as well.

Beyond that, it could also be used by government officials and other popular public figures as we’ve seen a couple of occasions where parody accounts cause problems with members of the public mistaking them for the person or organisation they are impersonating.