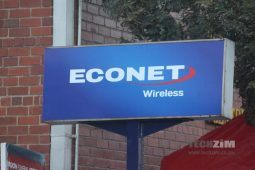 It’s a normal day for an Econet subscriber, you get ten plus promotional text messages about the fifty services under the Econet/Cassava umbrella. Just like how the text messages from Econet are an annoyance, we will now proceed to list each and every one here (not to annoy you of course): we have two from EcoCash, one about Sasai, one from Vaya, one from Ruzivo, another from Moovah, then Ecosure and lastly Econet Data. Then they also let NSBZ, UNICEF and others advertise in my inbox too.

Before this turns into a rant about Econet and their spammy ways, let us get to the issue at hand: Econet (we will call them Econet for the duration of this article, we know it should be Cassava) is spreading themselves too thinly to effectively manage all these platforms. What will it take for them to learn – you cannot spread yourself so thinly, while greedily trying to take all the pieces of all the pies there are?

Just last month, I accidentally sent $80 to a stranger and quickly headed over to Twitter to talk to customer care. The response I got was, “Please remind us later, our Eco Cash platform is down.” This was the response I got for several days, until I decided to just call the person and ask them to send me back $70. A few weeks later, I get a text message saying the transaction has been reversed and my account is credited with $80. I had clearly told them that we have resolved the issue, but now, I had to file another query, and guess what the response I got was…

If your core and regular services are not working efficiently, is it wise to keep adding more systems that need maintenance and delegating that to the same people?

The word from Econet employees, and our own observations is that when Strive Masiyiwa or whoever heads the innovation department decides to start something new, the same employees that work on the core of Econet’s mobile network services are also given the new tasks on top.

Back when Kwese TV was a thing (if we can call it that, but more on that later), you would walk into an Econet shop and everyone is putting on Kwese promotional material. It would take you several minutes to get into the correct queue for the service you need, after which security personnel will come and tell you that you are in the wrong queue. This rings true for everything from Sasai to Vaya. It makes it very difficult for us as customers to identify the correct person to approach for assistance and makes it even harder for your team to execute their jobs efficiently.

The behemoth that is Google also wants all the pieces of all the pies, and when it seemed like Facebook would take the social side of things, Google responded with Google+. For Google, this was a product of pure work politics and greed. All these platforms and services should be developed with solving problems as their core function. Just like Google+ did not solve any problem that anyone had, ask yourself, what problem did Kwese TV solve? What problem does Sasai solve?

The answer, of course, is none. Just because they have the money to throw around, they never stop to ask if they should. Kwese TV may have failed due to several reasons, but I remember visiting my parents and seeing them switch around decoders between Kwese and Multichoice several times. What I did notice was that the Multichoice decoder spent more time plugged into the tv set than Kwese’s. Sasai is not going to gain much traction unless WhatsApp gets banned in Zimbabwe (and here I go giving the government crazy ideas). Vaya might take off for some, but the people who would use or afford ride-hailing already have their own cars and have no incentive to leave them at home.

If I was Econet what I would do is let the little guy do all the work, then swoop in and take all the money. There are several talented young people in the wild who have created platforms that are taking off. Instead of trying to create your own, buy them out and make them yours.

Sometimes Google is wise, sometimes not. Everything they have that is big now was bought from someone small (Android, Youtube, Admob for example). Google bought a little-known piece of software called Android, while Microsoft was busy trying to make us install Windows on our phones. I wonder what happened to either of them.

Before I leave you, one last piece of advice for Econet, giving people free stuff does not mean they will jump onto your platforms. This is a very bad business model and once the free stuff stops, they will ditch you.

49 thoughts on “Will Econet ever learn?”